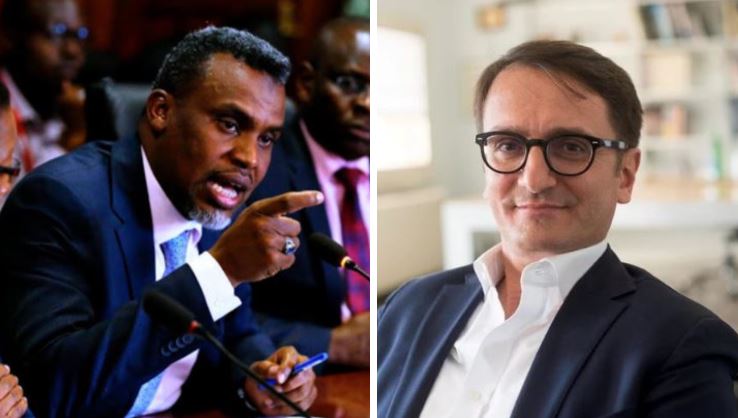 Reuters reports that Kenya will seek the extradition of the Italian construction boss to face charges related to the tenders in which Sh19 billion was lost.

“We have the Italian individual, he has not managed to present himself so we will be seeking his extradition to come and face the charges here in Kenya. We will also issue an international arrest warrant,” Reuters quotes Haji.

In a statement on Monday, CMC di Ravenna denied any wrongdoing.

The DPP said investigations established that the Government officials flouted procurement rules when they decided to award the contract to CMC Di Ravenna while aware that the Italian firm was struggling and was under liquidation in Italy.

The top government officials were also aware that the Italian firm had not completed three other projects.

Noordin Haji noted it will not be an easy walk for the suspects as evidence collected so far is sufficient to prosecute them. He said his office is already tracing the proceeds from the dams project deal to ensure that any looted funds are returned to public coffers

Drunk Woman Stabs Husband to Death in Nakuru Bar < Previous
All The Trending Pics This Wednesday Next >
Recommended stories you may like: