The Latest on 38 KRA Officials Arrested Over Tax Evasion Scam 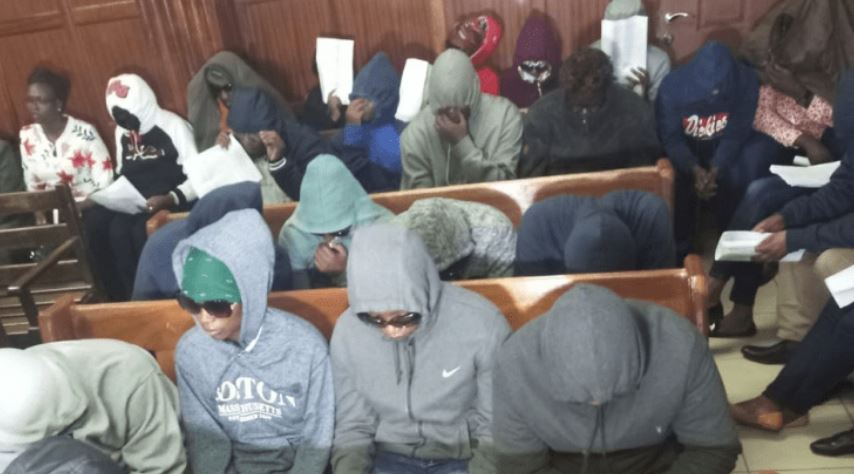 The infamous 38 KRA officers arrested on Friday last week were arraigned in Court on Monday, May 13.

The prosecution, led by Duncan Ondimu, sought to have the suspects detained for 21 days to complete investigations but Resident Magistrate Paul Mayova allowed for 14 days.

The Magistrate noted that 21-day detention was unreasonable.

In its submission, the prosecution said it was seeking to arrest more suspects and conduct a forensic examination on mobile phones, computers and other electronics obtained from the suspects.

“The activities of the respondents and their associates pose a great risk to the mainstay of the economy hence risking the national security and their actions must be fully investigated,” said  Inspector Arthur Onyango.

The Inspector further submitted that investigators have obtained court orders to acquire the suspects’ subscriber details, line history, IMEI history, text messages and Call Data Records(CDR) for the period of July 1, 2017 and May 9, 2019.

“Among the offenses that DCI is investigating include tax evasion, money laundering, abuse of office, neglect of duty among others,” said Onyango in an affidavit.

He told the court that the investigations are complex and require detailed analysis with respect to over 178 mobile phone numbers and M-Pesa statements.

The court also heard that brief evidence so far gathered and credible intelligence show that the accused were actively involved and colluded with certain taxpayers in a criminal enterprise to evade payment of taxes or to reduce tax liability.

Onyango further told the court that 48 colleagues of the respondents are at large and are being actively pursued by security agencies.

The matter will be mentioned on May 27, 2019 to confirm progress of the investigations.

The Trending Images on the Internet Today < Previous
Jeremiah Kiereini Dead at 90 Next >
Recommended stories you may like: