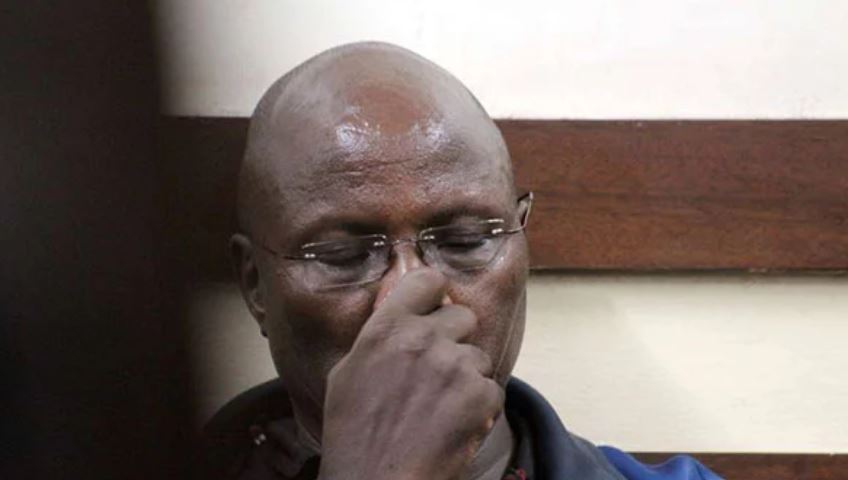 Detectives are probing a mystery drink found in the car driven by embattled city lawyer Assa Nyakundi on the day (March 17, 2019) he shot dead his son Joseph Bogonko.

According to the police, none of the witnesses who have recorded statements mentioned the mystery bottle whose contents are yet to be determined.

In addition to the ‘mystery’ drink found in the door pocket on the driver’s seat, detectives are also trying to determine the source of vomit found on the floor of the car and which is not mentioned in any of the previous police reports.

“Nobody has mentioned these in the statements, and we are waiting for the Government Chemist to give us a report. It will help us unravel the motive behind the killing,” a senior detective who is handling the case is quoted by the Nation.

Detectives are said to be waiting for the Government Chemist to determine the content of the mystery drink.

At the same time, a Court has allowed DPP Haji to withdraw manslaughter charges against Assa Nyakundi.

This comes after the DCI George Kinoti and the Directorate of Public Prosecutions on Monday recalled all the investigation files, interdicted several officers citing an attempted “cover-up”.

Lead investigator, Inspector John Wahome, who was among those interdicted, will be subjected to an inquiry into the handling of the case.

Inspector Wahome recommended that Mr Nyakundi be charged with the lesser charge of manslaughter because the lawyer had been “negligent in handling his firearm.”

“I don’t know why there was a rush to conclude that it was manslaughter before all these reports had been filed. Anyone who is found culpable in this cover-up will face the law,” said Mr Kinoti on Monday.