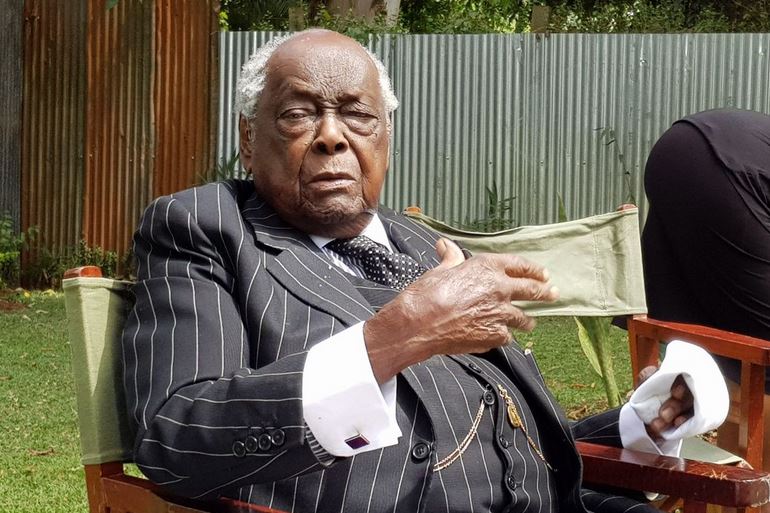 Charles Njonjo is Kenya’s most famous Attorney General. Serving under founding president Jomo Kenyatta and his successor Daniel arap Moi, Njonjo was as powerful as he was controversial.

He is probably known for his polished queen’s English and expensive suits, but Njonjo has more going on in his life. He has lived a longer and more colourful life than many of us can ever wish for. Just one year short of 100, here are 13 things you might not have known about Charles Njonjo.

1. He is a son to colonial chief – Senior Chief Josiah Njonjo.

2. He attended Alliance High School but was an average student.

3. He went to Fort Hare University in South Africa.

4. He was Robert Mugabe’s classmate at Fort Hare.

5. His first job was as a junior clerk at the Law offices in colonial Kenya.

6. Jomo Kenyatta was friends with Njonjo’s father, and that’s why he appointed him Attorney General.

8. He convinced Kenyatta to detain Ngugi wa Thiong’o without trial.

9. He recommended to Moi that Kibaki be appointed Vice President, but they soon fell out.

11. They are neighbors with Kibaki but don’t see eye to eye.

12. He dislikes Kibaki and has never supported him for president since 1992.

13. He does 3 swimming laps everyday.

New Nairobi BRT Buses Spotted in South Africa < Previous
The Top Stories on the Internet Today (Wednesday May 15) Next >
Recommended stories you may like: