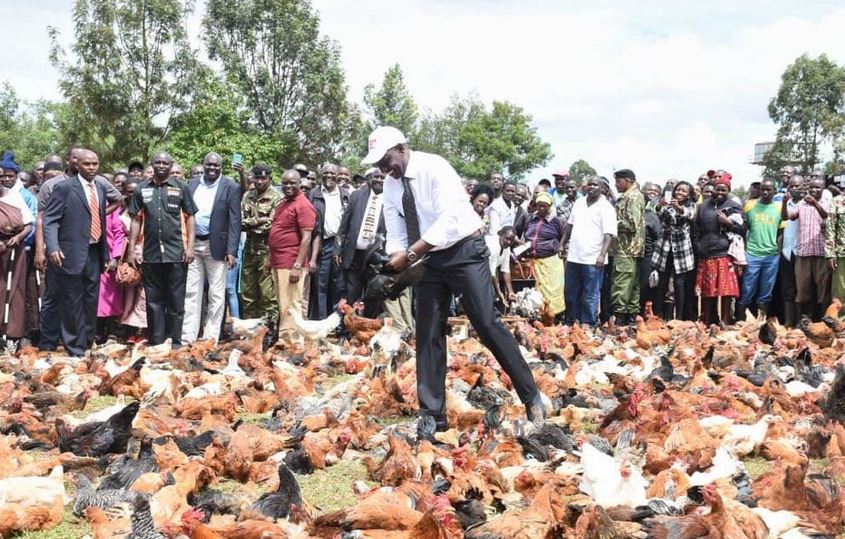 In another classic example of going after the small thieves, police in Eldoret have arrested 4 workers at Deputy President William Ruto’s Sugoi farm.

The four are suspected to have stolen 10 crates of eggs, valued at about Sh2500. They are being held at Turbo police station.

According to Eldoret West police boss Zachariah Bitok, the four were arrested at their houses near the farm, and the crates of eggs recovered. The farm manager had reported the eggs missing, when the police launched investigations.

“We launched investigations and found the eggs in their houses”, said the police boss. “We recovered trays from various suspects. Some had two, three and so forth. We are questioning the suspects,” he added.

The suspects had earlier denied being in possession of the stolen goods. They will be arraigned in court later today.

I Almost Drunk My Own Urine and Ate My Friend – Emmanuel Jal < Previous
KDF Soldier Commits Suicide After Killing 3 Relatives in Eldoret Next >
Recommended stories you may like: