Meet Winnie Ngumi: The Maths Genius Who Hopes to be in the Guinness World Book of Records 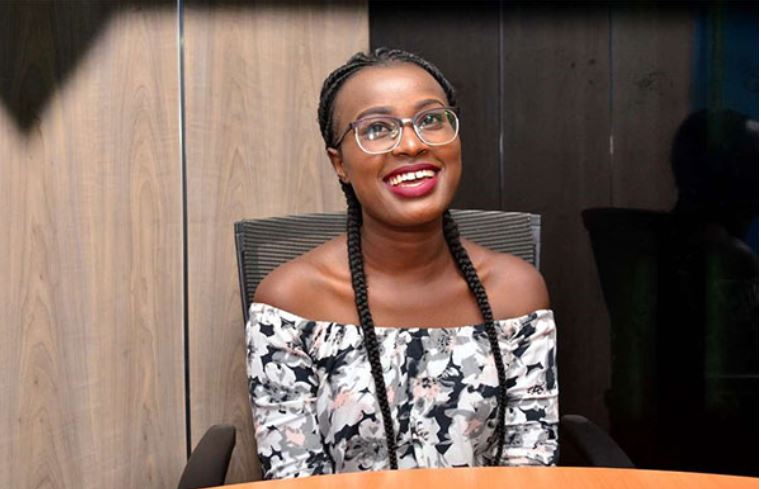 Winnie Ngumi is a 23-year-old Mathematics savant which means she can do calculations such as square roots, multiplications, and divisions without a pen, paper or a calculator, and in record time.

She is also a fifth-year medical student at the University of Nairobi. Ms Ngumi talked to Nation.co.ke about her genius capabilities.

“I was born and raised in a family of eight in Nakuru. I am currently in my fifth year studying medicine at the University of Nairobi.

I have always been good at Mathematics. My older siblings tell me that growing up, I would randomly write their names on a board and tell them how many letters they consisted of even without counting.

I would also be the one to run errands at the shop or grocery kiosk because I would come back with the exact change left.

My mother also used to sell milk, and I would be the one to tally how much each customer owed her at the end of the month.

In primary school, my older sister, who was in Class Eight while I was in Class Two, would be asked to call me to help her out with a Mathematics problem whenever it failed her.

That amazed many, especially the teachers, and I would be called on numerous occasions to help other older students as well.

I was never as confident and open about my skill until I completed my high school education.

It’s not that I was shy or embarrassed about it, I just felt scared that my peers would think I was showing off by talking about it. I scored an A in my KCSE.

One time, I went out for pizza with a group of friends.

I remember splitting the bill in a couple of seconds, something that left my friends stupefied. For a number of minutes after, they asked me all manner of Math problems which I answered correctly.

Because that was the time that social media had really started being embraced, they advised me to post a video recording of myself answering Math questions saying that I would get recognition and a huge following.

We never got around to doing it until my sister took me to audition for NTV’s Churchill Show one Tuesday afternoon.

My turn came and I said that we were doing something completely different to comedy, which is what the auditions were for. Shockingly, the judges agreed and were all in awe after my presentation was done.

I was told that I would present my skill to the audience during the screening of the show that Thursday. It was unbelievable. The show aired three days later and I can say it gave me the recognition I have received to date.

I wanted to pursue either Actuarial Science or Economic Statistics in the University but I was admitted to Medical School. I have no regrets. Despite medicine being very challenging, it has been a wonderful experience to me, especially in getting to interact with professionals from this field.

I plan on applying Mathematics when I further my studies in Public Health, which involves statistics and research.

Since being on Churchill Show, I have been to five schools in Nyandarua and Nairobi to encourage students that Math is not a hard subject as is perceived.

It’s really all about attitude because it’s hard to understand how the same student can get an A in Chemistry and say a C in Math. I have question and answer sessions with the students first, followed by doing exercises and teaching them new tricks and formulas.

Recently, I was also a curtain-raiser at a Math Contest. I really look forward to doing more of these activities and interactions.

Parents have been reaching out to me through my social media platforms to tutor their children in the subject.

Students have been doing so too, looking for advice on how they can improve on the same.

This is my advice to the students out there: With the right attitude and concentration, anything is possible. Math problems should not even be called problems because they are very easy. It’s also really important to have someone to guide and encourage you.’

I hope to one day land in the Guinness World Book of Records for my special skills.”