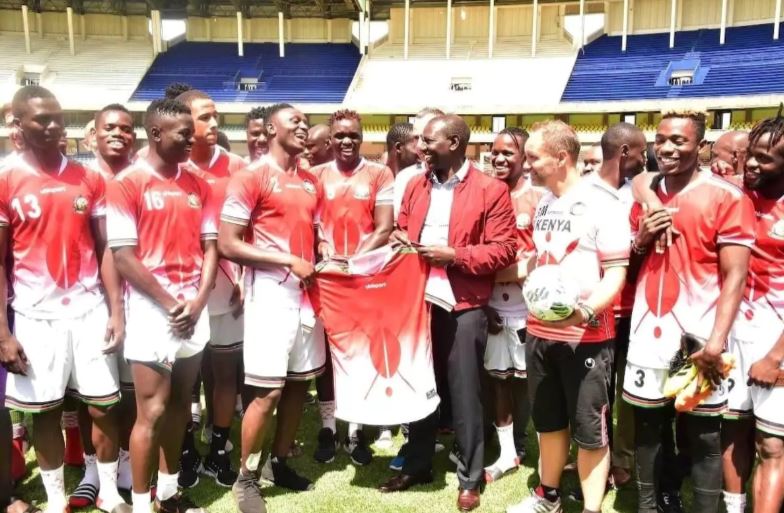 Kenyans on Twitter are not convinced that Deputy President William Ruto has finally honoured a pledge worth Sh50 million he made to Harambee Stars.

The Deputy President made the motivational offer to the national football team in August 2018. In return, all Harambee Stars had to do was qualify for the Africa Cup of Nations. And qualify they did.

Since then, no word has been forthcoming about the promise being fulfilled.

In February 2019, Mr Kirimi Kaberia, the Sports Principal Secretary, could not confirm whether the Sh50 million was part of the overall Sh242 million set aside for Harambee Stars’ Afcon preparations.

“I have not checked the budget to see what items have been entered, so I am not in a position to tell whether the Sh50 million is part of this particular allocation or not,” he said.

However, State House operative Dennis Itumbi on Tuesday announced that Ruto has done what needed to be done months ago.

“Keeping the Promise: Harambee stars gets the cash promised by DP @WilliamsRuto for qualifying to play at the Africa Cup of Nations. I wish Harambee stars well as they prepare for the tournament,” he tweeted.

But cynical Kenyans were finding it hard to believe Itumbi as they demanded proof of transaction.

Can we see the mpesa msg pic.twitter.com/xJ0C8rVlTa

Finally but I am 100 % sure where that money came from kuna mtu ako ICU aki ongezewa maji.

Usitudanganye,the other day ministry officials were in parliament requesting for money with the promised amount https://t.co/hsZaCLmZnG is from tax payers,not from Ruto’s pocket.

Hilarious Meme Compilation (Wednesday April 10) < Previous
All The Trending Images Today Next >
Recommended stories you may like: