Designer Shiyenze Khasoha Opens Up on Battle with Ovarian Cancer 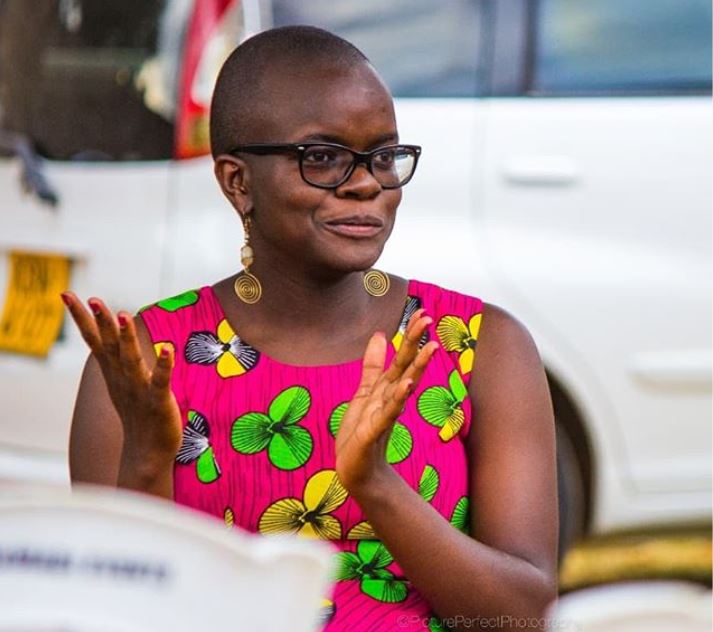 Roselyn Shiyenze Khasoha is a Nairobi-based fashion designer and founder of Shiyenze Fashion House. She is battling Ovarian cancer and using her fashion creativity to raise money to offset ballooning hospital bills.

Ms Shiyenze, 25, was diagnosed at the tender age of 22 after several misdiagnoses over the years. Tragically, her mother was also diagnosed with cancer at the very same time.

She shares her story:

I am a first born in a family of two. I was raised by my mother after she separated from my dad. That was in 2006. We relocated to Kangemi. Life was a bit tough since my mother did menial jobs to feed us. She was a tailor and also used to wash peoples’ clothes. Luckily, she landed a stable job and managed to take me to a good school.

Honestly, life in the ghetto was good, we never slept hungry because there was always a service you could provide.

School life, how was it?

I joined State House Girls. Later, I went to USIU and my mother managed to pay my fee through Sacco, Chamas and bursaries. I didn’t disappoint her since I was a bright student.

Tell about your designs…

It all started in 2012 while in Campus. I wanted to be a model and I did a few gigs but my height was the challenge. I was short, but even those few gigs I did, I realised some of the designs I was showcasing were plain boring.  I started creating pieces for myself and everyone used to ask where I got the pieces. In 2015, my fashion house Shinyenze Fashions was born. Though I studied Bachelor of Science in IBA Finance and Marketing, I realised I loved designing. 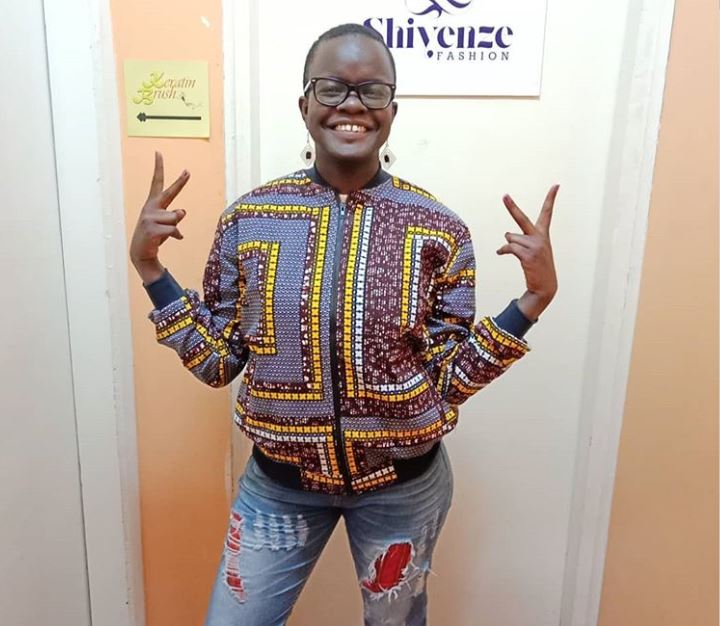 But you never graduated from school…

Yes. I was to graduate in 2017, but my mother fell sick. She was diagnosed with a brain tumour and it was discovered at a later stage. The tumour was cancerous. She used to suffer from severe headaches and used to take over the counter medicine. It was hard for me, I had to take all the major roles in the house, and my sister was in class seven. I paid school fees, rent and other bills.

At what point did you discover you had cancer?

It all started when I was at the age of 10. I had irregular periods and I would bleed for many days.  When I sought medical attention, the doctor discovered I had an ovarian cyst and I was put on medication. However, the bleeding didn’t stop and I sought a second opinion. That is when the doctor broke the news. I had a big tumour on my left ovary, which was cancerous. Further, my Fallopian tube and uterus were damaged. I was also told my blood levels were low. I was told my tumour had overgrown and because of several misdiagnoses over the years, the tumour was now cancerous. They said my cancer was at early stage 2 and I had to start treatment immediately.

That must have been heart-breaking…

Yes. It was tough and financially straining. My mother was still in the hospital. I began my treatment at MP Shah in June of 2018 and the whole of last year I was on chemotherapy. It has been really hard because I am the breadwinner in my family. I couldn’t afford to pay house rent and I defaulted for two months. The landlord kicked us out and we were homeless. I also had close my business.

We sold our household things just to get some money to pay rent for the new place. My mother requires Sh10, 000 a week for treatment, her cancer is on remission. In January, I did some tests and I was told the tumours had dried, but I need to do more tests. My bill currently stands at Sh1.6 million and this has to be cleared before I start my new chemo.

It has been a tough road and sometimes I ask God why me. But I realise life is a gift. I have done a fundraiser with family and friends and I have exhausted my resources. I decided to tackle this situation in a different way.

Some people have donated sewing machines and I am making clothes to sell at discounted prices to pay my bills. I am working with 1,000 models on Shujaa Campaign and they will sale my T-shirts for Sh1, 000 each. People can also reach me on my social media Shinyenze Fashions page or shiyenze.co.ke to purchase my items and donate on my pay bill no 891300, account number, Shiyenze.

I want ladies to know if you have irregular periods go get checked, we should not ignore small things. Further, I would like to encourage other cancer patients to be strong. Anytime you hear someone is going through a cancer journey, please give them your time. 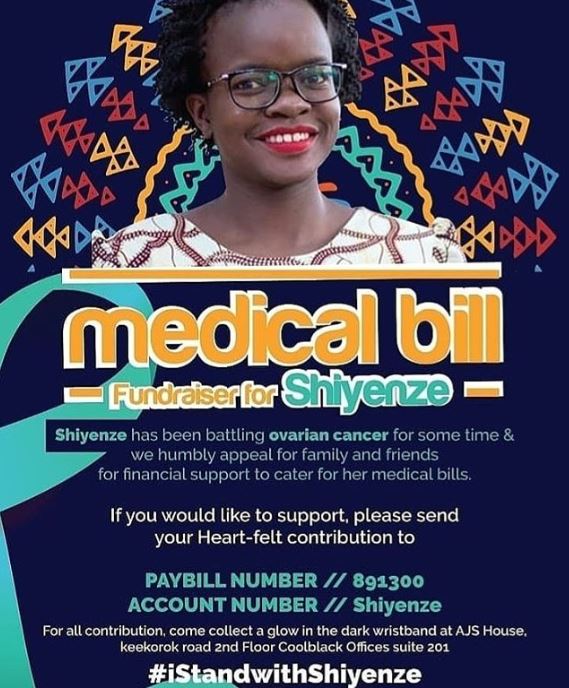 Kalekye Mumo Goes Solo after Quitting K24’s ‘Talk Central’ < Previous
Hilarious Posts by Kenyans on Social Media to Take Away Those Monday Blues Next >
Recommended stories you may like: