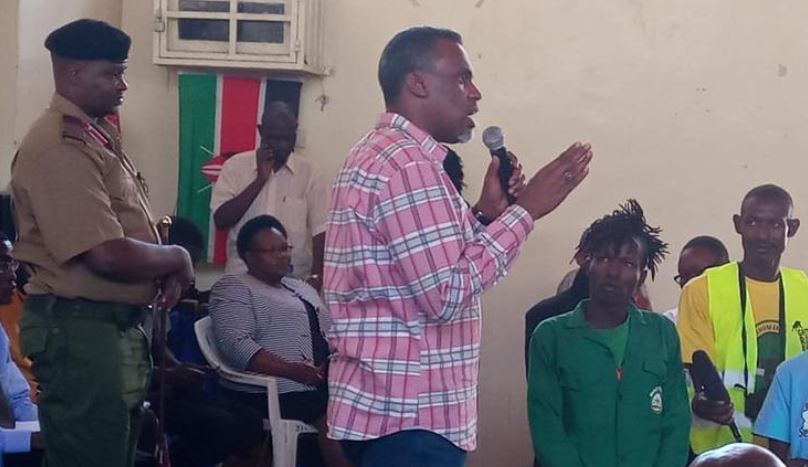 The killers, who were initially thought to be one person, operate by issuing warnings and death threats to criminals who often end up dead.

Speaking at the Kayole Social Hall during a community dialogue meeting on Thursday, DPP Haji pledged to follow up the matter with the Inspector General of Police Joseph.

“No one should be killed; suspects must go through legal process. I will write to IG to investigate on Hessy vigilante group,” said the DPP.

Haji, who was accompanied by the Director of Criminal Investigations (DCI) George Kinoti, urged the community to expose criminals assuring them of witness protection. He also provided a telephone number through which members of the public can anonymously report crime and their concerns in the quest for justice.

“Expose criminals we shall protect you as a witness. No victimization. Those who have spoken & exposed sensitive issues in this forum must be protected by local administration,” said the DPP.

He also said police must be held accountable for the use of firearms in any case of judicial killings.

“I acknowledge that the police kill innocent civilians unlawfully and it is a fact because I have seen it. I stand before God if myself or anybody who will ever cover for someone who has killed an innocent person let God curse me. I am saying no one will ever cover for a police officer who kills under my watch,” said Kinoti.

All The Trending Images This Friday < Previous
Father’s Anguish as 2-Year-Old Daughter is Hit With Car by 12-Year-Old in Komarock Next >
Recommended stories you may like: