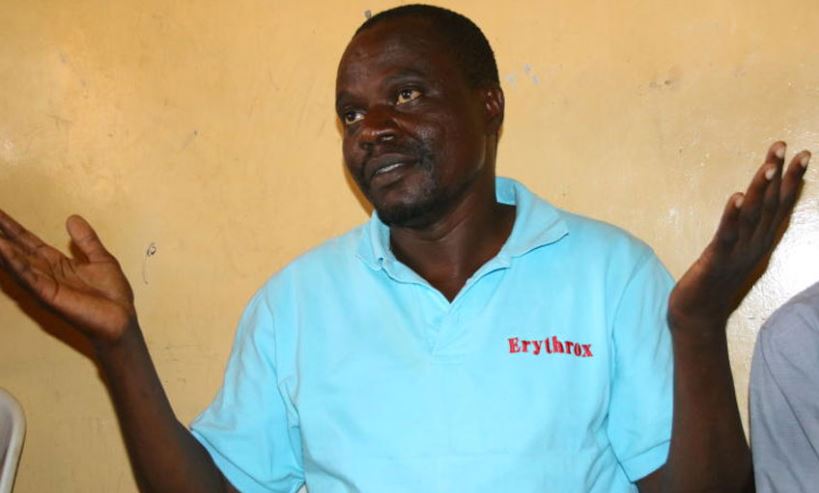 A family in Komarock, Nairobi is trying to come to terms with the tragic death of their two-year-old daughter who died after she was hit by a car that was being driven by a minor.

The incident occurred on Monday, February 25 afternoon when the father of the deceased, Derrick Wayodi, went to visit a neighbour whose Standard Eight son had been unwell.

When Wayodi arrived at his friend’s home which is about 200 metres from his, he found that the boy had just returned from the hospital with his mother. The 12 year-old-boy injured his arm last Friday when he fell from a mango tree.

“The boy left us talking in the house. After about five minutes, I also decided to leave,” Wayodi said.

Outside his friend’s house, unimaginable horror awaited him. He first heard chilling screams before he saw the boy he had come to visit running towards him.

“I asked him why he was running and he said he had accidentally hit my two-year-old daughter Angel with a car,” Wayodi said.

Panicked, Wayodi ran towards the screams and came face to face with his worst fear; his baby Angel was lying in a pool of blood, motionless.

“I felt weak. I was trembling. Some parts of her body were swollen and she was bleeding,” the anguished father recalled painfully.

The Standard reports that while Wayodi stood there paralysed, a neighbour’s car arrived and rushed Angel to hospital.

Wayodi, not knowing what to do at first, is said to have rushed home. He took his car and tried and catch up with the neighbour’s vehicle.

He finally found her at Modern Hospital where his worst fear was confirmed.

Doctors told Wayodi that Angel was bleeding from the ears and mouth and had a fractured skull. She passed away while being attended to.

The father of six described his lastborn Angel as a happy and talkative child who was popular in the neighbourhood.

“Angel was such a joy bringer. The day she died we all cried the whole night; we could not sleep at all,” he was quoted.

He said the family of the 12-year-old boy had expressed remorse but he still pressed charges against the boy and his family. Both families recorded statements with the police on Wednesday.

“I implore the police and the Government to do their work without fear or favour,” he said.

The estate’s chairman John Mwangi said the boy was driving his parent’s car at high speed.

“The life of this little girl has been cut short due to negligence. The boy is a minor and had no driving licence,” Mr Mwangi said.

Police from Kayole Station have impounded the vehicle and questioned some of the people who witnessed the accident.

Baby Angel will be buried next week in Alego, Siaya County.