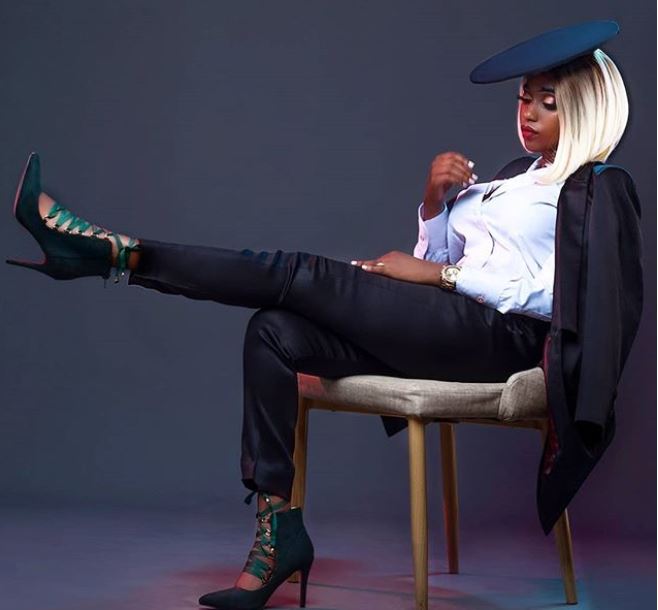 You asked and she heard your cry! Femcee Karimi Muriungi alias Miss Cashy is back.

The highly talented femcee is seeking a fresh start in the Kenyan hip-hop scene after a failed take off with her former flame Khaligraph Jones in 2016 when they teamed up on ‘Micasa Sucasa’.

In addition to new music, Cashy comes bearing gifts; in an ongoing series of IG posts since Thursday last week, she has been lifting the lid on the circumstances leading to her break up with the ‘Ngori’ rapper, and it is not pretty.

First things first, Cashy wants it known that she dumped Khaligraph Jones because she is a self-respecting girl.

“I CHOSE TO LEAVE. Is it that hard to believe that a self-respecting girl can walk away from a ‘celebrity’? Miss Cashy posed on her Insta.

“I received a lot of threats after that, not just from him, but his people as well. Some of which I had to report to relevant authorities,” added Cashy.

She added that after she had bruised Khaligraph’s ego by walking away and moving on, the butthurt rapper hit the studio to record a diss track. It was to be released on Valentine’s Day last year.

“I moved on and had a family of my own. Meanwhile, a song was done and a video was shot for it… with the intention of revenge, as petty as that sounds, we all know how reactive and volatile the guy is…” She stated. 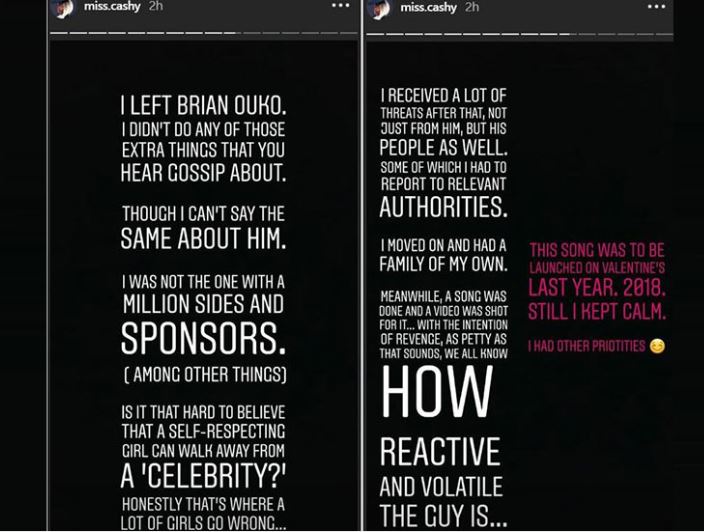 She dismissed rumours that they broke up after she cheated with a ‘sponsor’, counter-alleging that it was Khaligraph who had sponsors and multiple women.

“It’s really sad that a woman has to always be at fault in the eyes of the society. It’s not something I want to carry around anymore as such, here’s the truth. I left Brian Ouko. I didn’t do any of those extra things that you hear gossip about. Though I can’t say the same about him. I was not the one with a million sides and sponsors(among other things).”

Ms Cashy further alleged that Khaligraph Jones didn’t want her to ‘shine’ and discouraged her from doing music.

She also claims that she was the brains behind Khaligraph Jones ‘Respect the OGs’ slogan that has helped grow his brand.

“I coined the term ‘OG’ and came up with the ‘Respect’ movement about three years ago. Of course, I never claimed credit. Most women behind the scenes are brilliant. But we let someone else shine with it because we do things wholeheartedly.” 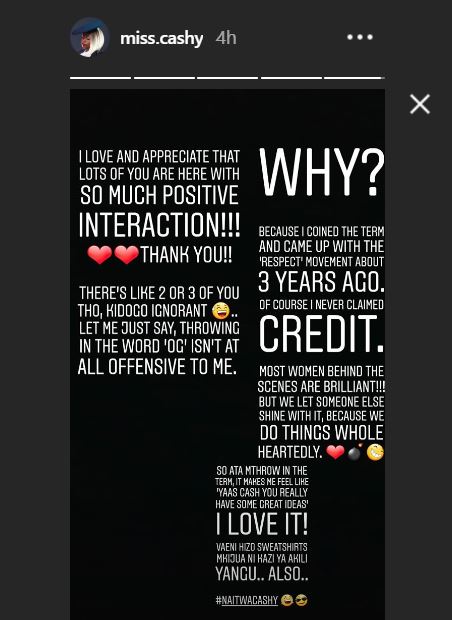 Miss Cashy is expected to make her official music comeback tomorrow, Tuesday 12 when she will hopefully spill some more beans.

Keep it Nairobi Wire for this developing story!

All The Trending Images This Monday < Previous
Car Prices in Kenya Will Double, Importers Warn Against 5-year Age Limit Next >
Recommended stories you may like: