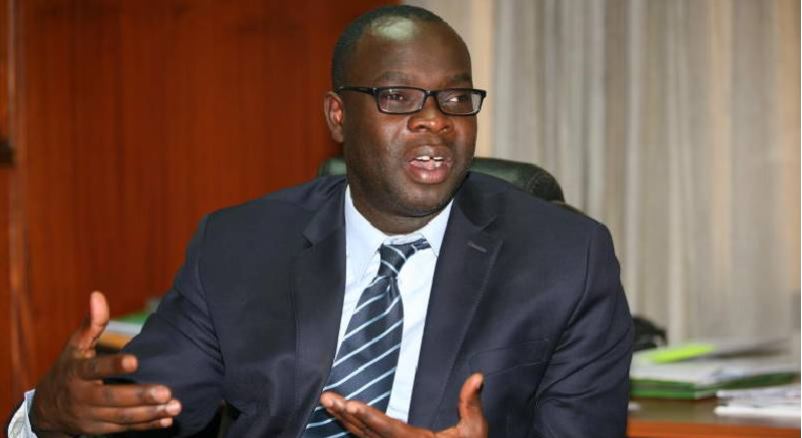 As Kenya joins the world to commemorate World Cancer day today (February 4), it has emerged that Kibra MP Ken Okoth is a cancer warrior.

The 41-year-old legislator has been battling stage four colorectal cancer with metastases to the liver.

Colorectal cancer (CRC), also known as bowel cancer and colon cancer, is the development of cancer from the colon or rectum. It is one of the most prevalent cancer types worldwide.

Speaking to the Sunday Standard, Ken Okoth revealed that the cancer was detected quite late. For over a year, the MP was being treated for ulcers and bacterial infections.

At some point, he was even put on medication to manage stress. Okoth says that all that time, he was battling abdominal pain and weight loss.

“The fear of the unknown that accompanies a cancer diagnosis is immense. Cancer changes your life completely,” said the MP.

Last year, the Kibra MP was put through vigorous treatment that involved combined radio- and chemotherapy to avoid the risk of organ failure.

He says he responded well but that was just the beginning of his life-long treatment; a tablet each day. Considering his cancer was discovered at stage four, he will have to take medication for life.

“I will be using chemotherapy tablets that I can take every morning. Because my disease was discovered at a very advanced stage; it cannot be cured. It can only be managed,” he said as quoted.

While calling for improved and affordable cancer treatment in Kenya, Okoth noted that he was given two options where he could seek advanced care for his liver: the US or Europe.

“I could not afford the US because it was too expensive. My wife is from Europe, where the cost is more affordable and I could get a residence permit quickly for the duration of the treatment. Sadly, not everyone is as lucky; we need to make cancer care in Kenya a national priority,” he says.

Okoth noted that Kenya has very good healthcare policies, at least on paper, which include a national cancer strategy that later begot the National Cancer Institute (NCI).

“In terms of implementation we are far behind; so many patients cannot get care in country. Patients seeking treatment abroad are not guaranteed protection from exploitation,” he says.

According to the lawmaker, imported cancer drugs should be zero-rated and value-added tax on equipment like computerised tomography (CT) scans scrapped.

“The cost of cancer treatment is very expensive. Many families go into bankruptcy and sell all their investments to have it. One of the major expenses is the cost of moving away from home closer to your place of treatment and the lost income of a family member who becomes the primary caregiver,” says Okoth.

The MP also calls for a national campaign on preventive lifestyle choices like smoking, alcohol, diets and exercise. He says these should be accompanied with regular check-ups to enable early diagnosis.

Okoth’s battle with cancer could also explain why he is so keen to have marijuana legalised in Kenya. Studies have found medical marijuana can ease some cancer symptoms and treat side effects.

“Medical cannabis and cannabis oils are documented for being effective in pain relief and non-addictive treatment of certain symptoms and side effects. We need to empower doctors to safely prescribe medical cannabis in Kenya,” says Okoth.

All The Trending Images Today < Previous
The Top Stories on the Internet Today (Tuesday February Next >
Recommended stories you may like: