After several days missing, human rights activist Caroline Mwatha was yesterday found dead. Her body was found at City Mortuary, having reportedly been booked under a different name some time last week.

Kenyans had taken online to demand details on her whereabouts, with most of the anger directed towards the police. The nature of her job had led many to speculate that she could be yet another individual brutally killed by the police or government agents.

Indeed, comparisons were made to other human rights activists and lawyers that have suffered such a fate.

However, the Director of Criminal Investigations George Kinoti provided a different account of how Ms Mwatha met her untimely death. According to the DCI, she died in the process of procuring an illegal abortion.

The DCI says it has a record of communications relating to this abortion, between Ms Mwatha and several individuals among them a supposed ‘doctor’. The police say the botched abortion happened at New Njiru Community Centre in Dandora on 6th February. The following morning, her body was transferred to Nairobi City Mortuary.

Six individuals have been arrested in connection to her death.

This was the DCI’s press statement yesterday. 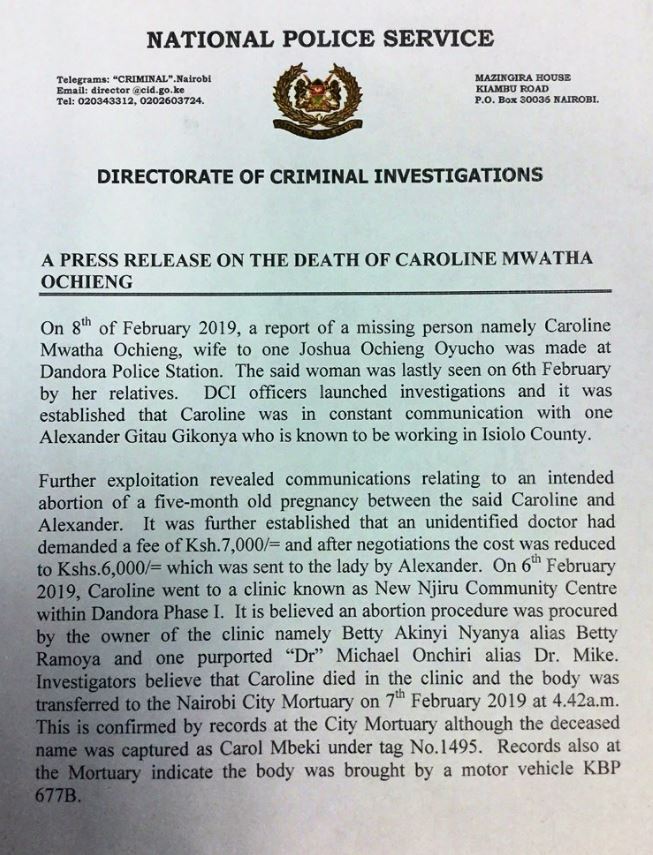 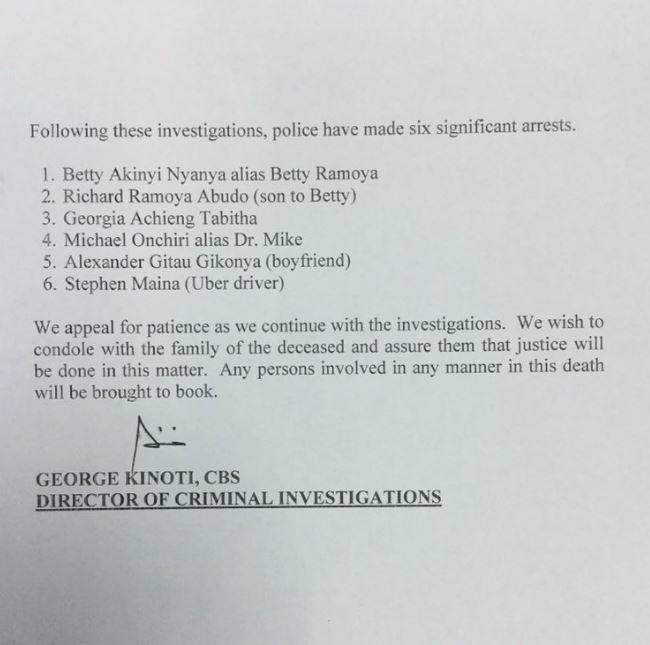 The Trending Pics in Nairobi This Wednesday < Previous
The Top Stories on the Internet Today (Thursday February 14) Next >
Recommended stories you may like: