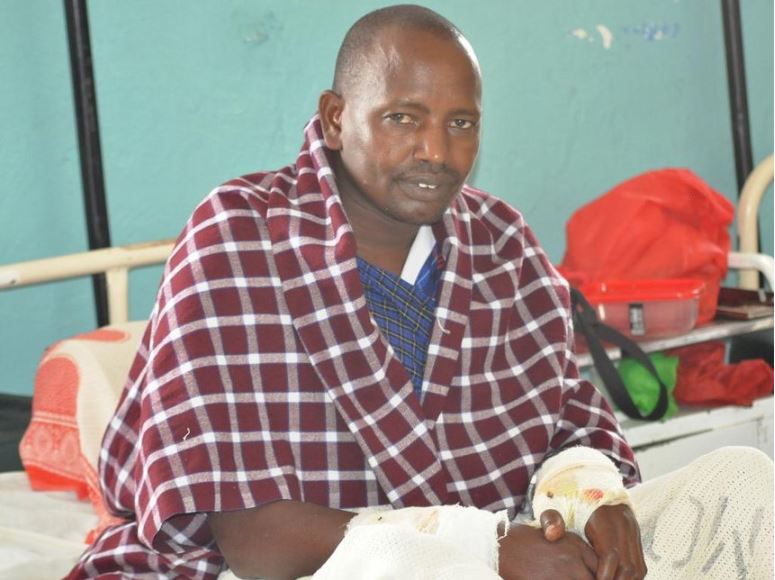 As people around the world were celebrating their loved ones on Valentine’s Day last week, one Maasai Moran was fighting for his life against a bloodthirsty hyena in Kajiado.

John Matipei, a primary school teacher and herder, was fetching water for his goats in the evening when the carnivorous beast pounced on him.

Speaking from his bed at the Kajiado county hospital where he is recuperating, Mr Matipei said he battled the hyena for almost an hour. He had no weapon whatsoever, only depending on his bare hands and teeth.

“It was a matter of life and death and I had no weapon with me as it attacked me while I was fetching water for my goats around 5 pm,” said the Moran.

“As soon as I had entered the well, the hyena landed on my thigh. I attempted to kick it but it did not let go. When I turned around it landed on my chest and faced me directly, that is when I bit its nose,” narrated Mr Matipei.

After digging his teeth into the beast’s nose, Matipei then jumped into the water and used mud to blind the hyena, forcing it to flee. 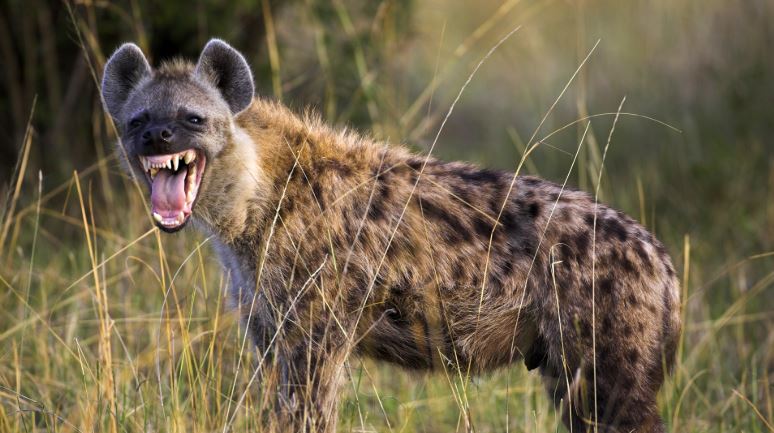 Unfortunately, Mr Matipei did not come out of the fierce battle unscathed. He broke his hands and lost part of his left thigh that was chewed off by the hyena.

According to his doctor, Mr Odhiambo Opiyo, Matipei will stay longer in hospital because of the nature of his injuries.

“I was looking forward to a great evening with my loving husband. I had prepared well to treat him, but that fisi spoiled it all,” said Jacqueline.

Matipei teaches at Emukutan Primary School in Kajiado West Sub County where he is also the deputy teacher.

“We are only two teachers, the head teacher and me with 119 pupils in Class One to Six. As I am here now, my head teacher is teaching all the six classes,” said Matipei.

Here are the Trending Pics This Wednesday < Previous
DP Ruto Comes To Rescue Of Boy With Birth Defect Who Recited Poem at Function in Bomet Next >
Recommended stories you may like: