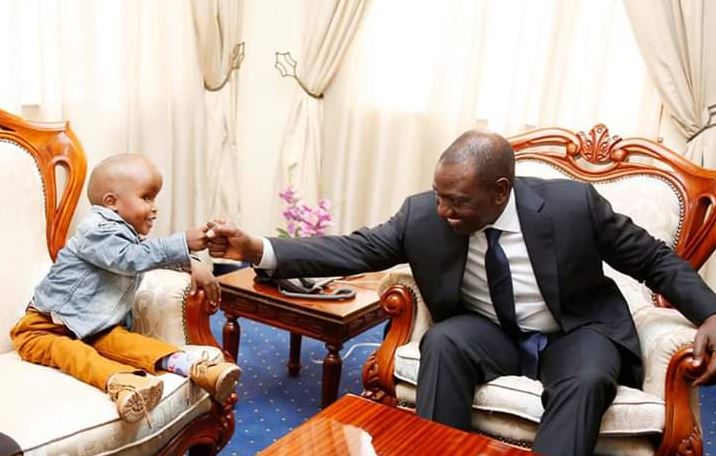 A 6-year-old boy has had his life changed after he narrated a poem to entertain Deputy President Ruto at a public function in Bomet County.

Ian Kipkoech, a Pre-Unit student at Olengisha Bright Star Academy, moved Ruto and the audience with a heartfelt poem dubbed ‘Baba na Mama’. The young boy recited the poem from the comfort of his mother’s arms owing to his birth defect. 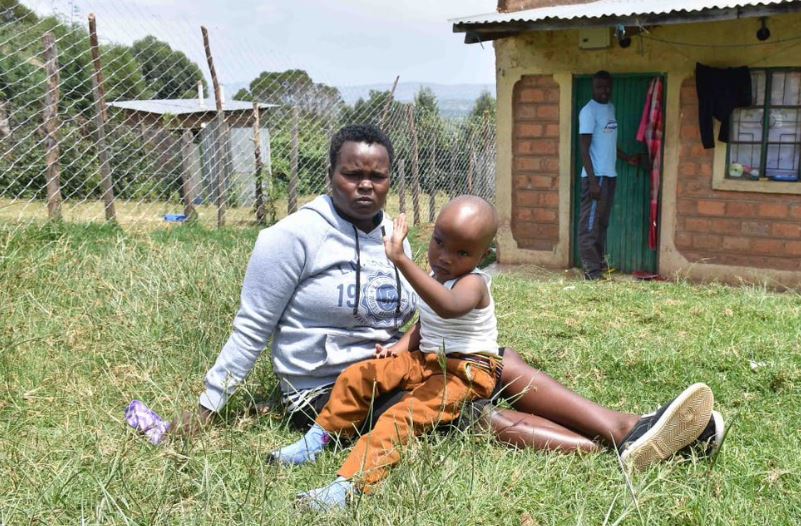 This was on Saturday when DP Ruto was in Bomet county to launch the Universal Health Coverage programme at Silibwet grounds.

In his address, DP Ruto first promised he would take care of Ian’s medical bill to see that he was fully cured. 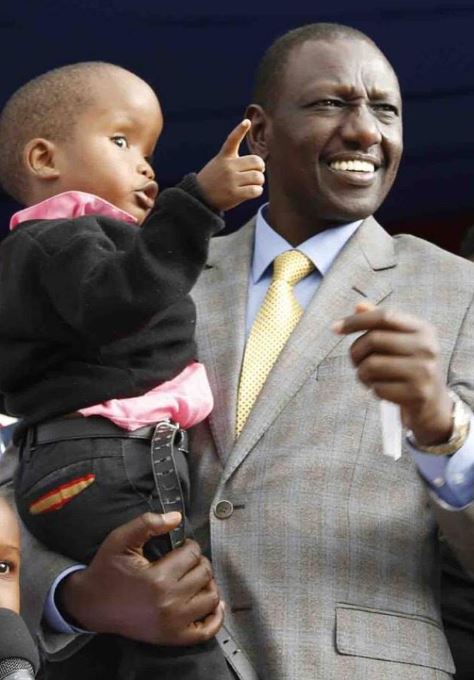 Ian, who turns 7-years-old in June, together with his mother Yvonne Chelegat also got a chance to speak to the DP about their plight.

Ms Chelegat told the DP that Ian first developed a small scar on his back. She sought several treatments before it was established that Ian had developed Spina Bifida- a birth defect where there is an incomplete closing of the backbone and membranes around the spinal cord.

Courtesy of Ruto, Ian and his doting mother were Tuesday airlifted to Nairobi for specialised treatment.

The DP hosted the duo for lunch before Ian was admitted at Aga Khan hospital. 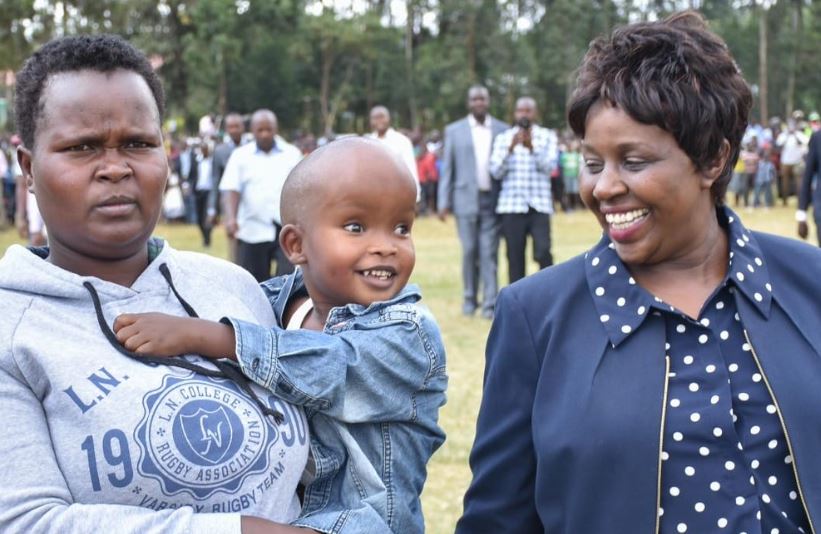 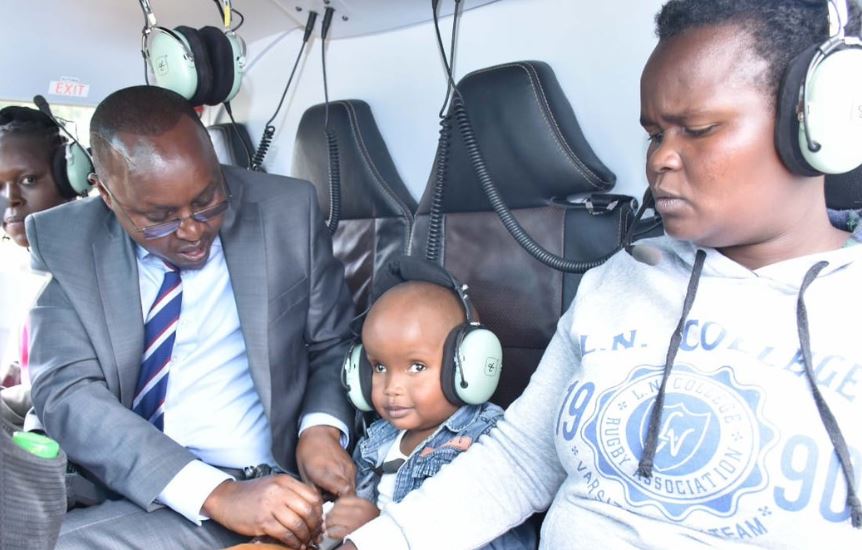 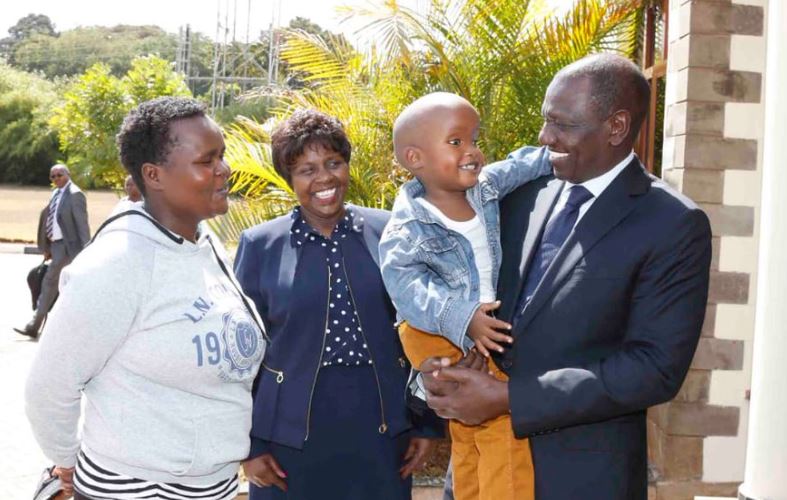 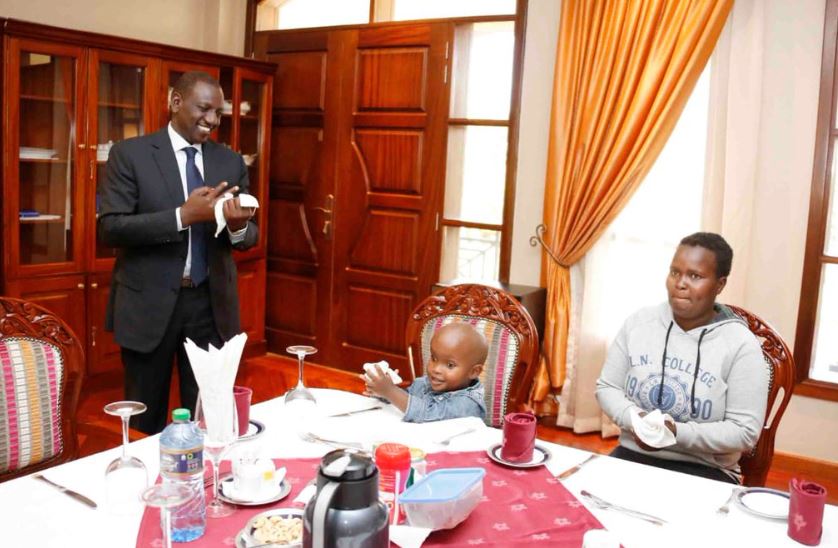 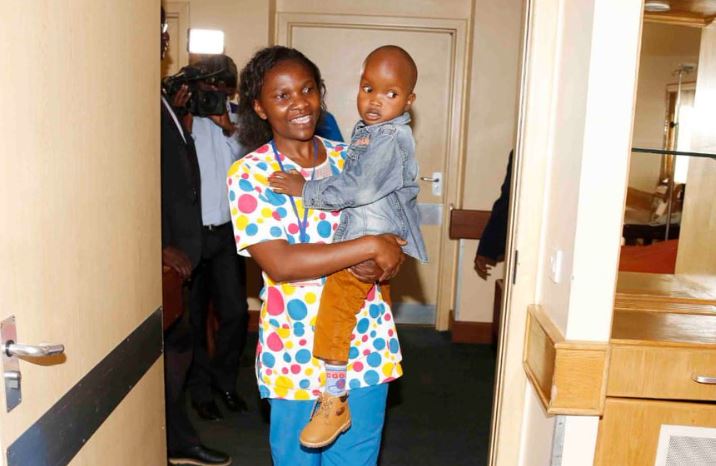 Brave Maasai Moran Recalls Biting Hyena’s Nose to Save Own Life on Valentine’s Day < Previous
The Top Stories on the Internet Today (Thursday February Next >
Recommended stories you may like: