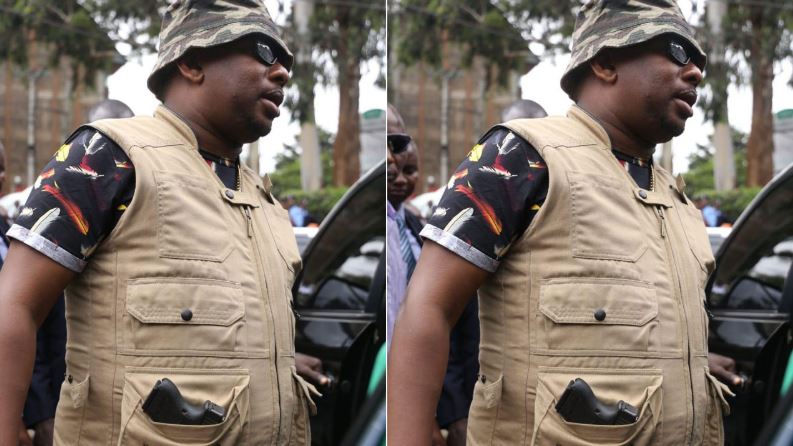 Apparently, our esteemed Nairobi governor Mike Sonko was not packing a pistol at the Dusit D2 Hotel on Wednesday morning. It was a powerbank.

This is according to Sonko’s communications director Elkana Jacob who swears that the gun everyone else saw in Sonko’s half-jacket was a powerbank that belongs to him.

“Have you ever seen a pistol?” he asked when reached for comment by eDaily.

“That object in the governor’s pocket wasn’t a pistol. You would easily know that if you have knowledge of how a pistol looks like. That object was a power bank,” said Mr Elkana.

The county official continued: “If anything, the power bank belonged to me, and given I did not have an extra space to carry it in the bag or my pockets, I placed it in the governor’s jacket. I acquired the power bank while on tour in the United States some time back. So, I would confidently confirm to you that Mr Sonko was not brandishing a gun at dusitD2 Hotel.”

Sonko, who had accompanied Interior CS Fred Matiang’i to the attack site, was pictured arriving with the butt of a handgun protruding from the right bottom pocket of his beige jacket.

He was also dressed rather casually at what should have been a formal public appearance.