One Killed, 8 Injured as Epileptic Patient Turns Violent in Nanyuki 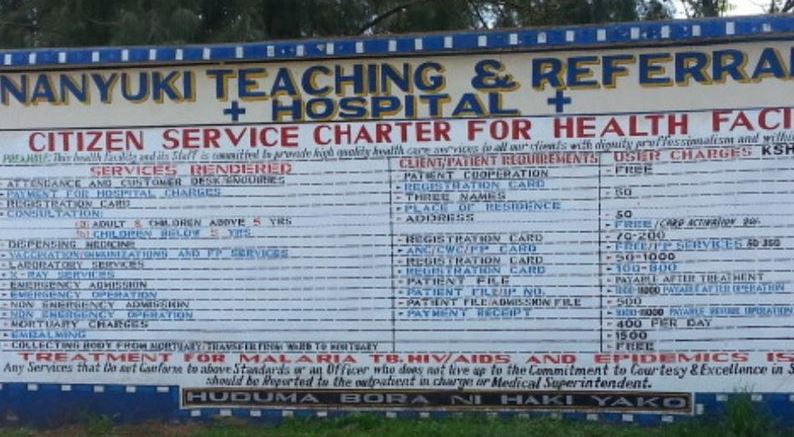 A family in Timau is in mourning as they seek justice for the tragic death of their son who was killed on Saturday night in unclear circumstances at Nanyuki Teaching and Referral Hospital.

Ronney Mutuma, 42, was allegedly attacked by a male patient and hit using a blunt object on the head before he succumbed to the injury later in the night.

Confirming the incident, Laikipia County Health Secretary Joseph Lenai Kamario said the deceased was attacked by a patient who had been receiving treatment for epilepsy and hypertension.

The accused, a 48-year -old only Identified as Paul, is said to have turned violent and started attacking other patients and members of staff.

“On Saturday night at around 11:30 pm, he developed certain violent behavior and attacked members of staff on duty and other patients,” Lenai said.

“Six patients and two nurses sustained injuries, unfortunately, a male patient has succumbed to injuries as doctors attended to him,” he added.

“The deceased who was being treated for diabetes was diagnosed three days ago and admitted at the county hospital,” Lenai said.

The body of the deceased was taken to the facility’s morgue while the accused was put under isolation as investigations continue.

The reason for John’s sudden violent behavior has not been identified yet, but doctors suspect that it could have been fuelled by an epileptic attack.

Laikipia East OCPD Kizito Mutoro cautioned hospital staff to be more careful with such patients in the future.