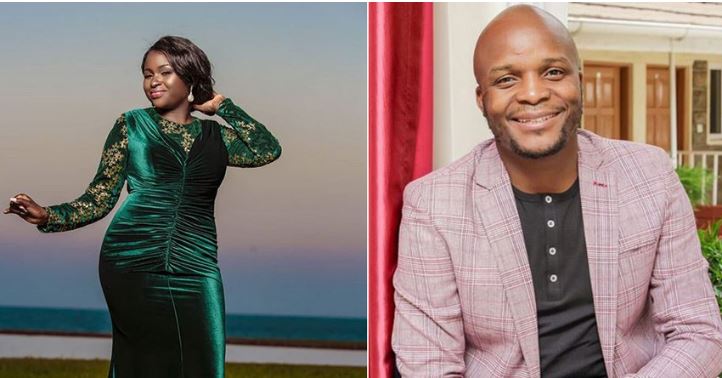 Mercy Masika would have been at the 14 Riverside Drive complex during a terrorist attack had her vehicle not been temporarily blocked by Jalang’o.

As the story goes, the gospel singer was scheduled for a 3:30 pm salon appointment but as fate would have it, Jalang’o double-parked his vehicle, blocking Mercy Masika’s car.

According to Jalang’o, Mercy Masika left in a rush but less than 20 minutes later, news broke out that Alshabaab militants had stormed the complex. This forced Mercy Masika to cancel her appointment.

Speaking in an interview with Kiss FM, Masika said that she felt like it was God who protected her.

“I’m grateful. It looked like a delay but it was a blessing. And also the people in the salon were ok, so it’s really a good thing. It was more like hurry up but then there were a lot of people to socialize with hapo. Of course, I was feeling the delay but then I was kinda chatting with people. Later I was like haiya we delayed there, but we felt like it was God who protected us,” she said.

Mercy Masika added: “We pray for comfort especially for those who’ve lost family members. It’s really painful and we pray that God will comfort them.”

God wins! #DussitAttack So @mercymasikamuguro and I are involved in an upcoming consumer promotion and so we were invited for a meeting at the client office… I was in another meeting so I get to client meeting after Mercy! Driving in, the client parking is full so Iam forced to double park blocking other cars! I walk into the meeting and client has finished briefing Mercy and she is in a hurry for her saloon appointment since the next day is the launch date and she has to look the part! She hurriedly leave only to find her car blocked so they call me move my car but I give out my car key so there is a bit of delay! When she leaves not more than 20mins later news of the attack at Dusit where she was going for her appointment quickly spread! Waaaaa! When she shared the message I just thanked God! #GodAboveEverything

Watch: Otile Brown Pays Tribute to Kenyan Girls including Vera Sidika < Previous
Khaligraph Jones to the Rescue of Kenya’s Music Industry, To Launch Radio Station Next >
Recommended stories you may like: