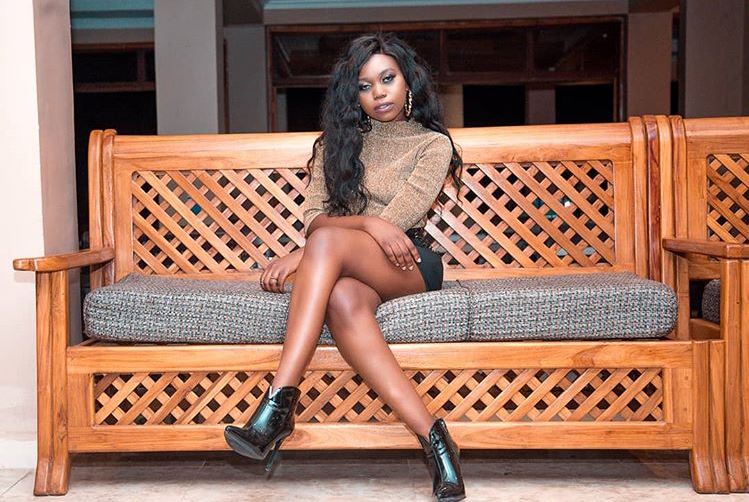 Maua Sama is without a doubt one of the fast-rising musicians in the East African region.

The Tanzanian songbird has been riding high with the hit song “Iokote” and was in the country late last year to promote it.

Maua Sama talks about her musical journey and the highs and lows she has experienced in the highly-competitive industry.

How did you start your journey in the music industry and how is so far?

I started to sing about five years ago all thanks to Mwana FA. Mwana FA introduced me to the industry, he was the one who found me, he heard a couple of songs that I did back then and I think he liked my voice then he called me and at first I thought he was a douche bag or some sought of liar.

He bought me a ticket to Dar es Salaam. I went to the city and we did a song together and after two weeks the song had gone viral. So far the journey has been good, I cannot complain.

How can you rate your success?

My current success is as a result of God’s will. Some people would easily say I am successful because of witchcraft. No, that is not true. I have always worked hard, and I would say God’s timing is manifesting itself on the break-through I am having in the music industry today. God’s approval is the most important.

Were you scared of joining the industry?

To tell you the truth, I didn’t know anything back then. I didn’t know a lot of things about music. I was this little girl who knew how to sing and loved to sing that’s all. My parents didn’t want me to do music, they wanted me to first finish studies and then go back to singing. I was having so much pressure, but I finished school and then afterwards I graduated. I learned the industry and how to do this thing and I was already into it completely. I learnt a lot and here I am.

Is your hit “Iokote”, about your life?

This song has surprised me. First I didn’t believe in the song because it was my first time doing that kind of genre. Most of my songs have a low tempo but this one was different. It is not about my life. It is a song that makes me feel so emotional the way people have received it, I’m proud of myself.

How does it feel to know that you have fans in Kenya?

I feel all beautiful. It feels nice because it is my first time to do a song which has been received so well across the region. For me it is a great success and Kenya is like my second home. I feel blessed and honoured to be here and I feel so good.

Is it difficult to be in the industry with all this stringent rules?

To some extent I support the rules. Some people think by imitating the way Americans do their music videos with nude women will make them famous.

That is not our culture. You can do good songs and dress appropriately and still have hits. I dress decently but people are liking my music still.

Do you think artistes should use their music to point out the wrongs in government?

I do and as a musician we have to deliver messages to different people in every way we can and as an artist I would love to do that.

You were recently arrested after you shared videos on social media, while dancing and stepping on money, how is the case going?

Yes, Soudy Brown and I were arrested in September and charged with destroying and lowering the dignity of the Tanzanian currency. The case is still on going. To tell you the truth I was doing a promotion about the song on social media and fans were sending me clips to share.

What have you learned from it?

I learned a lot both negative and positive. The positive side is that I have learned to perceive life in a different way than the way I used to. At the same time I learned that anything can happen at any time. It came as a surprise because I believe I’m clean in every way and that day I was arrested and went to jail.

#ThingsToAvoidIn2019: List of Things to Avoid this Year According to KOT < Previous
Everything to Know About Music Producer Safe Joe Next >
Recommended stories you may like: