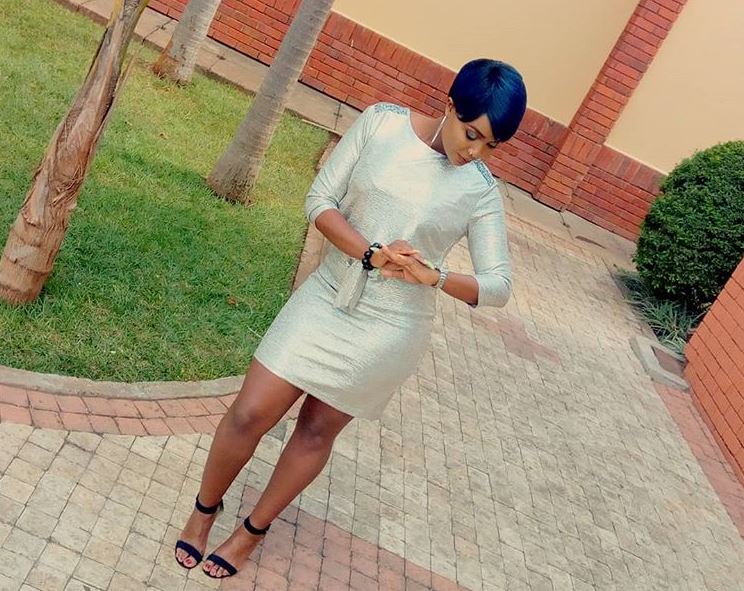 Kush Tracey is the latest Kenyan female singer to give her life to Christ.

The “Huwezi Nidandia” hitmaker, real name Teresia Ndoti Wambua, dedicated her life to Jesus at the Mavuno Church in Nairobi.

However, Kush Tracey does not want to be referred to as a gospel artiste.

In an interview with Pulse Magazine, she speaks candidly about her transition, controversial past, regrets, and more.

You gave your life to Jesus after attending Mavuno Church on Sunday. What does that mean to your music career that has seen you get voted the Best Female artiste during the Pulse Music Video Awards (PMVAs) before?

As a secular artiste, I have had commendable success and one of the great moments in my singing career has been winning the PMVAs. Giving my life to Jesus means that a few things have to change and the direction my music career takes must be redefined.

Like I said, this has been long time coming. I was always fighting with my inner self every time I was doing secular music.

When I started attending Mavuno sometime last year, the people who are close to me could tell that something new was about to happen and the question was when.

I have been wanting to do something that can inspire this generation and I knew this wouldn’t be achieved through the kind of music I was doing and the ways I was following.

Quite frankly, to some extent that is the truth. Being a secular artiste comes with a lot of pressure that mounts on you to keep that image of what people expect of you.

I would drink too much to show that I could go hard and that I had it going on. However, my inner self was in constant fight with what people saw on the service.

All that controversy you media would write about. That wasn’t me.

Do we now call you a gospel artiste?

I don’t like that ‘gospel artiste’ tag as it has been abused so much. I would rather be called an ‘inspirational singer’.

Since I got my job as a TV presenter at Switch TV mid last year, I knew that God was positioning me to do what he wanted me to achieve in this generation.

I like to mentor and motivate as well as inspire the youth and that is what the show is all about. My music should be able to connect with my viewers. Let’s say that my past showbiz career has been erased and that the music I will be doing will inspire. Don’t expect to see me twerking.

You have deleted most of the stuff you had on your social media platforms. What happens to the songs and the showbiz name Kush Tracey?

I deleted stuff that did not reflect the new me. That is because the past is behind me. I left just a few memories like photos of me winning the PMVAs as they have an inspirational story.

I cannot control what is already out there so people can keep on playing and listening to the old songs. I will not change my name but rather build my new brand around it. I am still that ‘Mkamba wa Masaku’.

You just released a new song last month. That means you have projects that you had aligned for the New Year that probably will never see the light of day following this twist of events…

True. I had already mapped year 2019 so well and had quite a number of songs for release. That should not be a problem though as I have started working on new projects. By my next birthday when I turn 25 (March 17), I will have two new songs out.

What are your close friends saying about your decision to ditch secular?

It’s quite a mixed feeling. This is something I expected. From artistes to fans, everyone seems to be having their own ideas. Some say I got saved so as to look for a husband, which I find to be so ridiculous.

Artistes who made their transition from secular to gospel like Wahu and Amani called to congratulate me on the new move. Some think I will lose fans and not everyone is happy. But this is it…I am living my life.

Talking about husbands, probably that could be in your plans this year. Is it?

(Laughs) That is a crazy one! I am only 24 and not in a hurry for that. Of course, I have had very serious men hitting on me . A few that I know are shocked with this new decision and don’t know how to approach me anymore. But well, the right man will locate me where I am.

Meet Upcoming Gospel Rapper Sky Davin < Previous
Hilarious Posts by Kenyans on Social Media to Take Away Those Monday Blues Next >
Recommended stories you may like: