Everything to Know about Gospel Group P31 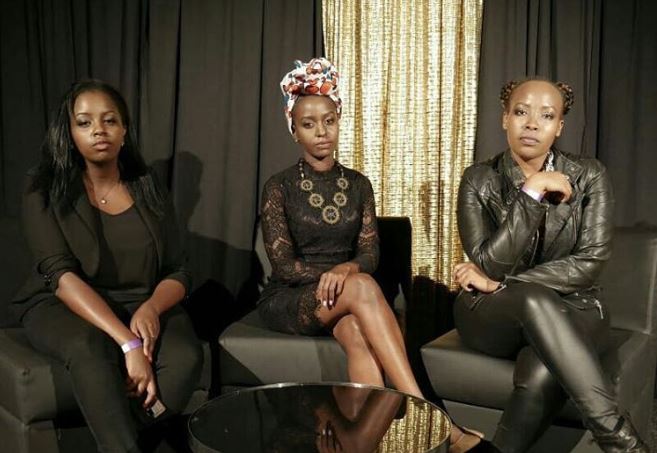 The trio spoke to Pulse:

You come across as cool; hot, urban and real girly. Is that the common trait in the trio?

Well, we are young and happy girls who enjoy what girls like doing. That is reflected in our songs. We do sleep-overs at each other’s homes, cook and share meals and chit-chat a lot. See, besides singing we are really close friends.

Have you always been so?

Not really. We were doing different projects before we met in 2015. At the time, Esther was working on her solo career while Nellius and Shani had come together as a group. After hearing each other’s flow, we decided to do projects together and we have been on it till today.

You are right. Being a gospel rap group, we settled on Proverbs 31, which talks of being a woman of substance.

The name both inspires us and our fans, mostly girls to be that woman of great virtues. We are go-getters, which is what P31 is all about.

Talking of go-getters, you were nominated for Groove Awards in 2016 just after hooking up and releasing Its Time. Did that come as a surprise?

It (2016) was a good year. We were nominated under the New Gospel Rap Group category and the same year, we also got an Extreme Awards nod. That made us believe in ourselves and it is out of such that we garnered a sizable fan base. Around that time, we recorded an EP called The P31 Project that had three tracks. That was our introduction to the industry.

Honestly, just like any other girl-group, we had our challenges and it was getting into 2017 that we got most hype with the release of Achilia and Testimony, tracks that were received very well even prompting the PMVA nomination we got, something that came as a sweet surprise.

You didn’t expect this?

The truth is that getting a Groove and Extreme awards nod was a bit easy as those are gospel platforms. PMVA is a very competitive awards as it does not focus on gospel alone but the entire industry.

Getting nominated alongside the big wigs in the industry gave us a fresh impetus and that is beginning to open doors for us. We are back on our feet and determined to give our fans the best we can.

Many gospel groups have suffered break-ups. In fact, it’s like you are the only ones left…

And we thank God for his Grace. It is true that many groups, not only gospel, break up mostly due to management issues as well of failure to have a clear vision.

As P31, it is good for our fans to know that we each have solo careers as artistes and only come together when we are doing our common projects. Such leeway gives one an open valve to enhance their individual strength.

Are you in any of the so-called gospel cartels?

No, we are not and we are not about to join any. The pressure has been there to have join some and honestly, we have suffered due to our decision not to as this comes with its own consequences.

Some (gospel DJs) will neither play your music nor give you gigs if you don’t align with them but we trust that if our music is good enough and our fans embrace it, which is all we need to get there. We manage ourselves and have a good understanding of the industry and so we are able to get past the debris.

What do you mean “a good understanding”?

We have an entertainment background. One of us (Lesynem) is a producer, director and filmmaker while another (Shani) is good with filming and editing.

The other (Nellius) is a good marketer. And just for the record, Nellius will strictly be on her solo projects this year so people should not wonder when they don’t see a lot of her around P31 projects for now.

What are you working on right now?

We are actually working on three singles first that will be released before mid-year. Our ultimate goal is to release an album. One of the songs, the first we plan to release, is called Esther. It is a good jam with the kind of old-school flow.

Generally, you are set to steam up the industry in 2019.

You said it. Sure thing!

Meet Caroline Kemunto, Kenya’s Newest Gospel Songbird < Previous
One on One with American-Nigerian Singer WurlD Next >
Recommended stories you may like: