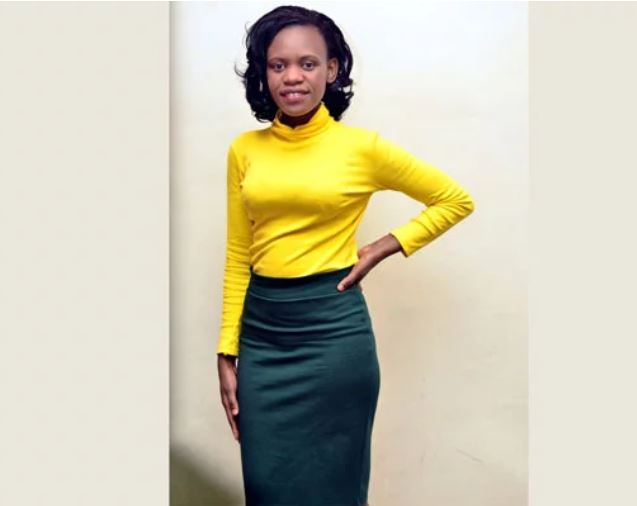 Caroline Kemunto is the newest gospel music sensation hoping for a breakthrough in the industry, especially after her song ‘Kiburi’ received good airplay.

She talked to Buzz:

From a very young age, in church. And when I was a student at Gakoe High School in Thika, I could also sing whenever we had events. After high school, I joined youths who sing at my church, the Cathedral of Praise Ministries at Imara Daima. In 2015, I began my solo singing ministry.

What made you go solo?

I felt like I had to do something extra and so I decided to start composing my own songs as the message came. But I still help my colleagues in composing choir songs. They are progressing well, and soon their album will be ready.

When did you release your first song?

That was in 2015. It was called “Pendo la Kweli”. It is about the love that Jesus Christ showed us as humans by dying on the cross for us.

So, how many songs do you have to your name to date?

Six songs plus their videos. I have also done a Swahili cover for Jimmy D Psalmist’s “Mighty Man of War”, so that technically makes it seven.

Tell us the story about “Kiburi.”

I wanted to tell people that they should not be proud when they are blessed. We often forget where we have come from. It’s God who has lifted us and placed us there. Sometimes, a people get filled by pride and starts bragging that it is their efforts that placed them where they are. We forget that it’s not our efforts but God’s providence.

Among your songs, which has the heaviest back story?

“Ndoa”. I came with the message after noticing that most marriages are in turmoil. Most marriages don’t last nowadays. People wed and divorce comes shortly after. Another contributor is the fact that I have been raised by a single mother (my parents divorced). So, I have been wondering what is wrong with marriages and I’m still seeing those things going on.

Tell us about your dreams. Do you think you have made a breakthrough or there is something else you need on that score?

So far, I can’t complain because where the message reaches, where my songs are, I thank God. And as God continues to lift me up, it will be my joy for the message to reach all people. But for now, I don’t complain.

I continue putting in the effort and I believe that my message and the counsel I give through my songs will reach many people.

We have big shots in the industry like Eunice Njeri, Mercy Masika, Gloria Muliro and all those. Do you think you’ll reach their level some day?

Yes, I have faith. Through the messages I deliver, I know I’ll reach there. We are usually told that a person ascends a step at a time.

Once you have made the step, God will guide the movement until you reach where He wants. I believe I’ll reach there.

On top of faith, what else are you doing?

I’m trying a lot to push my songs in the media, to look for connections so they can reach the media so that my message reaches all people. Without connections, there is no way I can reach there.

How have you been funding your audio and videos?

For the songs I’ve done, there are audio and video CDs. Whenever I’m called to minister at a place, I go with them and sell them there. After singing, there are people who like a song and ask how they can get it. And when I go to radio stations for interviews, I talk about my songs and tell listeners where they can get my CDs.

So, what do you do besides music?
I work at Gold Crown Beverages. We deal with tea: Baraka Chai and Kericho Gold tea.

There are many challenges in this sector, like promoters seeking sexual favours and such. How do you surmount them?

Those are there, especially the money bit. Virtually everyone wants money. And, being a woman in the ministry, there are those who want to use you sexually before they support you. When I come across such people, I just decide to leave it at that. Also, during audio production some producers take advantage by labelling the song under their name and they even put their phone numbers on the recorded songs.

How does your creative process work?

Mostly, I write down a message when it comes. Like for “Ndoa”, I sat down and reflected on the realities of marriage.

Where do you want to be in five years?

I would like to have my message reach all people, not only in East Africa but all over. Because I can’t preach, this is the only way I can deliver the message that God wants to reach His people.

Loading...
The Top Stories on the Internet Today (Monday January 14) < Previous
Everything to Know about Gospel Group P31 Next >
Recommended stories you may like: