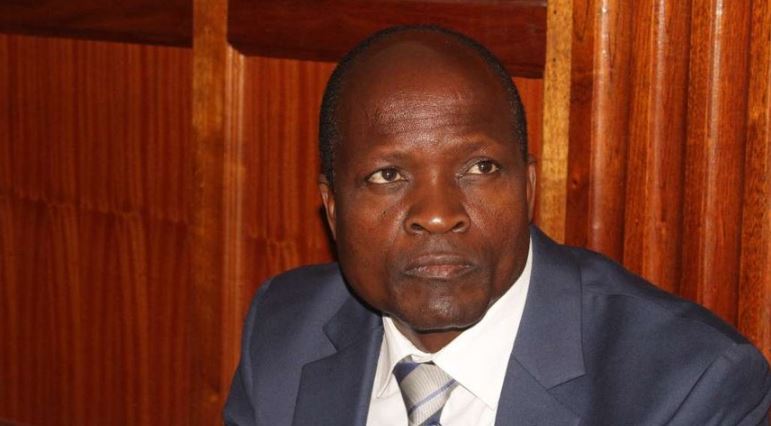 The incarcerated Migori Governor Okoth Obado is not receiving preferential treatment at the Industrial Area Remand Prison, authorities have said.

Prisons Commissioner General Isaiah Osugo on Monday issued a statement to deny the reports, saying that Obado is being treated like any other inmate awaiting trial.

“We wish to state categorically that Hon. Obado has not been given any preferential treatment in terms of accommodation, clothing, feeding and visits which are all regulated in accordance to Prisons and Regulations,” said Osugo.

The prisons boss said that upon admission, Obado was processed and given prison number NBA/107/18/CR and “placed in a cell block for capital offenders (murder suspects).”

“Hon. Obado was issued with prison requirements including uniforms for Capital Offenders as required by the Prison Rules and Regulations,” he said.

Mr. Osugo further said that Obado, like other suspects, is only allowed to put on home clothes while appearing in court. He added that Obado was produced once for bail ruling on September 27.

“During production to court, Hon. Obado like other awaiting inmates is allowed to put on his home clothes and when back to custody put on prison uniforms as is the procedure for inmates awaiting trial,” he said.

Osugo also said the governor’s visits are regulated in accordance with the prison regulations.

The Migori county boss is waiting for his bail ruling which is expected on October 8, 2018.

The Trending Images in Nairobi This Tuesdsay < Previous
Prince William Breaks Royal Protocol After Meeting His Namesake in Laikipia Next >
Recommended stories you may like: