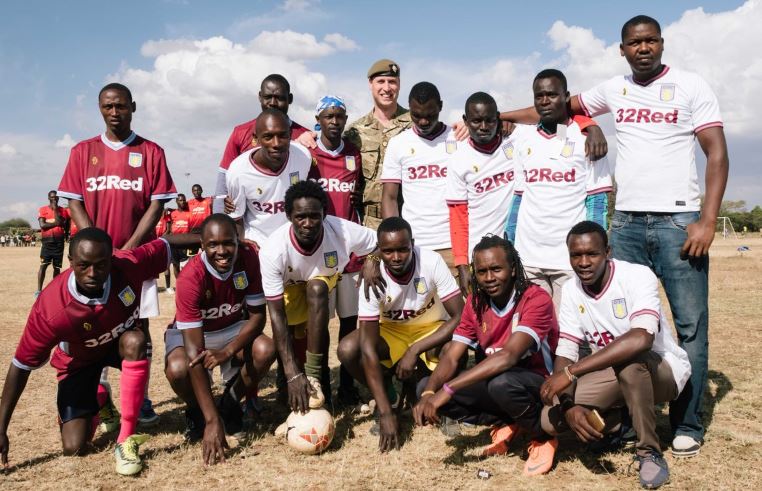 Prince William broke Royal protocol during his visit to Kenya when he met his namesake in Laikipia County.

The Duke of Cambridge visited Kenya over the weekend as part of his three-country tour of Africa. On Sunday, he landed in Laikipia where he visited the British Army Training Unit Kenya (Batuk) in Nanyuki.

After spending time at the army base to see how British and Kenyan troops are training together, Prince William met a local football team and presented its players with Aston Villa FC jerseys.

It is while presenting the jerseys that the breach in protocol occurred, with Prince William getting a hug from a player who is named after him. 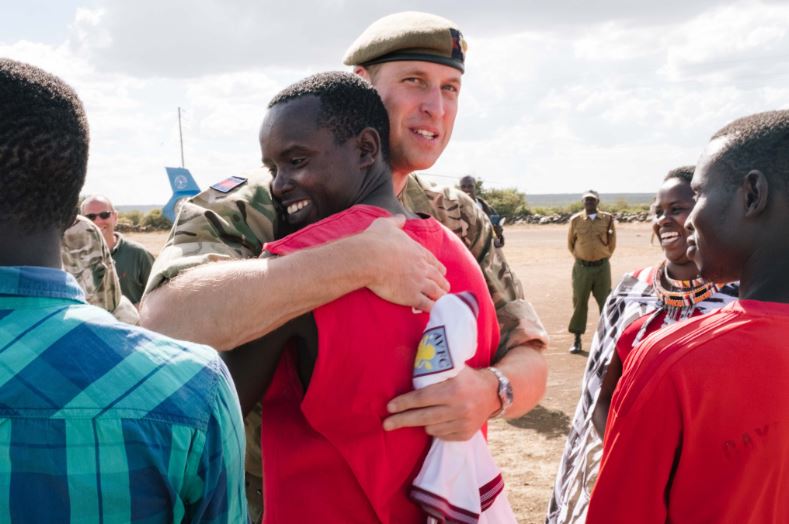 “William meets Prince William — The Duke of Cambridge met his namesake at Kinamba, before presenting him with a @AVFCOfficial shirt #PartOfThePride,” Kensington Palace tweeted.

The moment was a breach in protocol for Prince William as members of the public are only supposed to shake hands with the royal family.

In fact, Royal protocol stipulates that members of the public do not extend their hand to any member of the Royal Family (blood royal or those who have married into the family) unless their hand extends first.

The Kenyan William, however, appeared oblivious to the rules and will live to remember the rare moment he got a hug from Prince William.

Prince William concluded his seven-day tour of Namibia, Tanzania, and Kenya with a meeting with President Kenyatta at State House, Nairobi.

Scroll through the pictures below for some more shots of Prince William’s visit in Kenya. 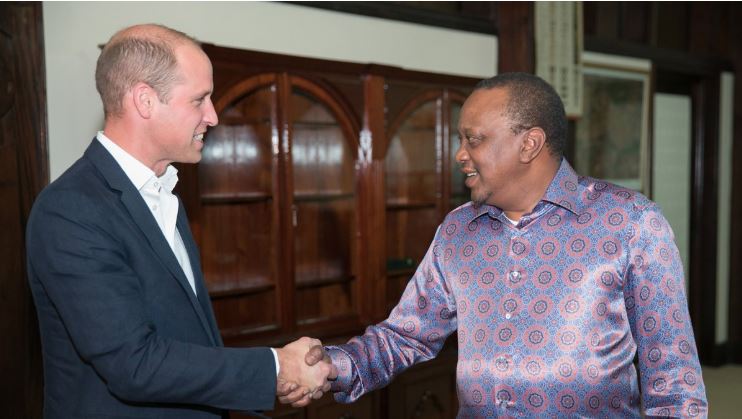 Prev1 of 13Next
Use your ← → (arrow) keys to browse
Governor Obado Not Getting Special Treatment in Jail, Says Prisons Boss < Previous
The Hottest Stories on the Internet Today (Wednesday October 3) Next >
Recommended stories you may like: