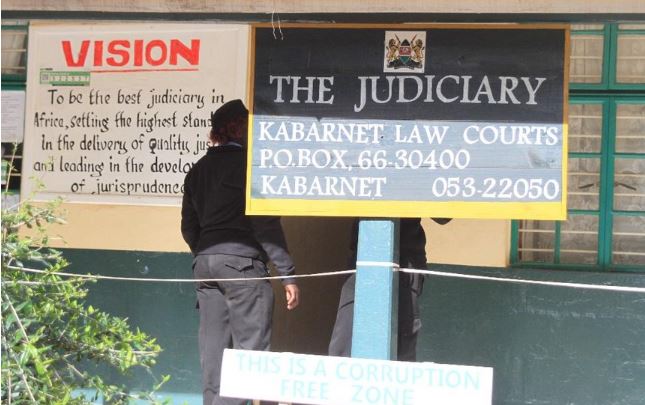 A 21-year-old woman is facing criminal charges for dumping her three-week-old baby into a pit latrine in Baringo.

Elizabeth Lemojong appeared before resident magistrate Nerolin Idagwa at the Kabarnet law court but did not take a plea.

The magistrate ordered her to undergo a mental assessment before taking a plea.

“She should first be taken through mental examination. Maybe the accused could be suffering from post-natal depression,” Idagwa said.

Lemojong allegedly committed the heinous act at Logumgum village in Marigat, Baringo South sub-county on September 18 at around 9 pm.

Area chief Zephaniah Lekachuma said the woman borrowed the keys to the toilet from her landlord before dumping the baby, her second-born, into the latrine.

“Neighbours who heard the child’s cries rescued and rushed him to Marigat sub-county hospital. The baby survived,” said the administrator.

The infant is currently at a children’s home in Kabarnet town while the mother is in police custody pending the determination.

Magistrate Nerolin Idagwa preferred the accused be examined by a psychiatrist at Moi Teaching and Referral Hospital (MTRH) pending the mention on September 26.

Watch: Asbel Kiprop Wants Wife Back After Two-Year Illicit Affair with Friend’s Wife < Previous
Why DPP Wants Patel Dam Tragedy Case Moved to Nairobi Next >
Recommended stories you may like: