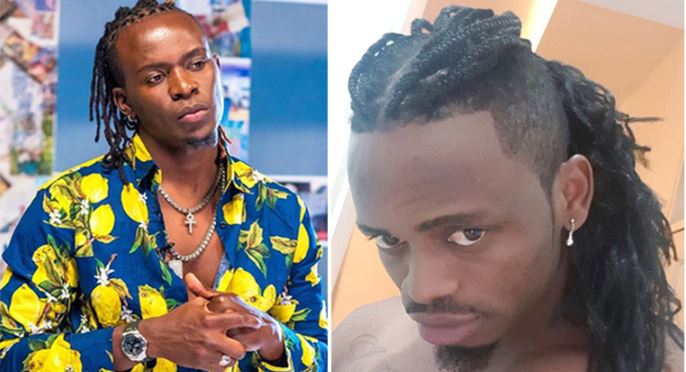 The controversial Kenyan musician has once again been caught up in a social media storm over swagger jacking his Tanzanian counterpart. This time, the gospel singer is alleged to have plagiarised Diamond’s new hairdo.

The “Jigi Jigi” hit-maker unveiled his ‘Abuja’ braids on Instagram three days before Diamond did, but that has not stopped netizens from accusing him of being unoriginal.

This is because when Diamond finally showed off his look, Willy Paul posted more pictures of himself, which was seen as an attempt to ride on Diamond’s wave.

Posting a pic showing him in a blue-and-yellow botany print shirt, Willy Paul said: “Star! #NewLook… Where are my true fans at?”

In the comments section, fans went for his jugular, with one user, identified as Miturh Mirrir Boy, suggesting that Willy Paul should go live with Diamond as husband and wife.

The singer was also forced to defend allegations of swagger jacking Diamond as he told another fan: “Do your research bro…I put it first then Diamond it 3 days later.”

‘I Love You Anita Nderu,’ Vicmass Luodollar Pours his Heart Out < Previous
Imperial Bank Says Sh12 Million Given to DCJ Mwilu “was not a Loan” Next >
Recommended stories you may like: