I Can Help Kenyans Without Joining Politics – Kibaki’s Grandson 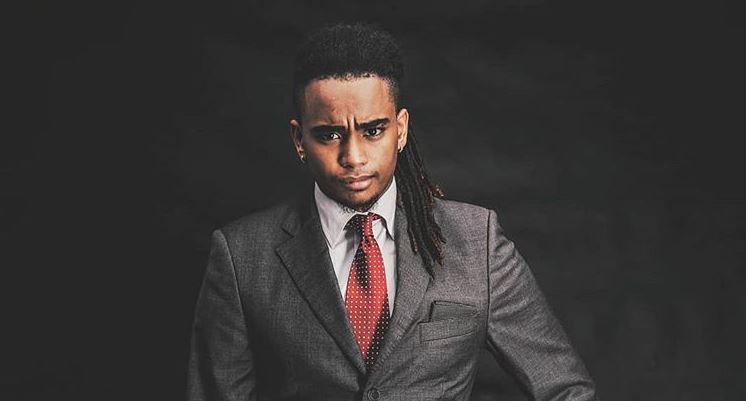 Sean Andrew, one of the more popular grandsons of former President Mwai Kibaki, has ruled out ever joining politics as he turns his attention to acting.

The model is set to make his theatre acting debut tomorrow in a play titled ‘Money That Made Him Poor.’ He will be playing the role of a villain in the play, which is produced by Tony Tini Tone Productions.

“It’s a Kenyan play with a well-selected cast, good script and the message is also timely in this time in our country. The issues it covers include corruption, money, power and greed. It will be a theatrical experience to behold,” Sean says.

Sean plays the role of a tenderpreneur intent on making quick bucks at all costs.

He explains further saying: “I’ll probably be that character that people would love to hate: pushy and full of myself. I’ll do my best but that is something that I’m not.”

THE MONEY THAT MADE HIM POOR, is starting on Thursday, here’s trailer with the main cast. I would love if you came to see this show from Thursday 27th to Sunday 30th at the Louis Leaky Auditorium at the Nairobi Museum… Tickets are on mookh.com See you there squad ?

“I’ve done plays before but this is my first time doing a professional theatre play. It’s very exciting being part of a positive story. Acting was one of my interests. In terms of my career, I go with the flow.”

On being related to Mwai Kibaki and the prospect of following in the footsteps of grandfather, Sean said: “We are all related to somebody, and to me the people I’m related to are just family. We grew up humble. As I said, I don’t go with the part, I go with the flow on how things are.”

He added: “So politics is not something I’m looking forward to. I can help Kenyan people without going into politics, and if that’s possible, I’ll really avoid that.”

Octopizzo and Fena Gitu Named Kenya Brand Ambassadors for Smirnoff- PHOTOS < Previous
Yvonne Okwara Brilliantly Claps Back After Being Asked When She’s Giving Birth Next >
Recommended stories you may like: