Governor Joho: I Want the Presidency 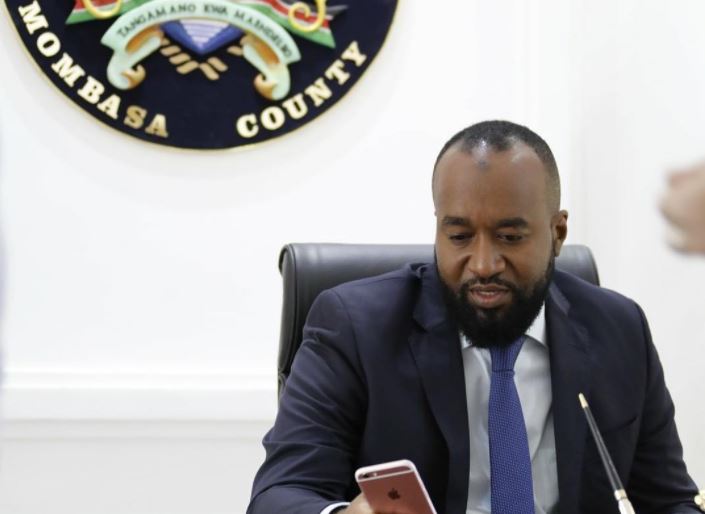 Mombasa Governor Ali Hassan Joho wants to be the next president of Kenya.

Speaking to Citizen TV’s Nimrod Taabu on Thursday, Joho stated that he would be seeking to take over from president Uhuru Kenyatta on an Orange Democratic Movement (ODM) party ticket due to his current position as the party’s deputy leader.

He observed that he has sufficient experience as a public servant to become the next Head of State.

“Our country gives anyone a chance to try, we will talk to Kenyans and sell our agenda. It doesn’t have to be that you come from a larger tribe or a certain religion so that you become president.”

Governor Joho further stated that ODM leader Raila Odinga has not asked him to shelve his presidential ambition in his (Raila’s) favour.

My party leader has always been Raila Amollo Odinga and I’m sure that will continue until the day I retire from politics because of what he stands for. And so my party leader has not told me not to run for presidency… he hasn’t,” stated Joho.

The Mombasa county boss added that if Raila Odinga declares his intentions to seek the top seat in 2022 then they will sit down as a party and deliberate on the way forward.

Joho also extended his support for the Building Bridges initiative by President Uhuru Kenyatta and Raila Odinga. He downplayed his previous differences between himself and Uhuru Kenyatta saying they were caused merely by disagreement in ideologies.

“Why would I fight someone who is on his last term while I am also on my last term as governor?” posed Joho.

All Pics Trending This Friday < Previous
CS Rotich Assures Solution Will Be Found in Fuel Tax Standoff Next >
Recommended stories you may like: