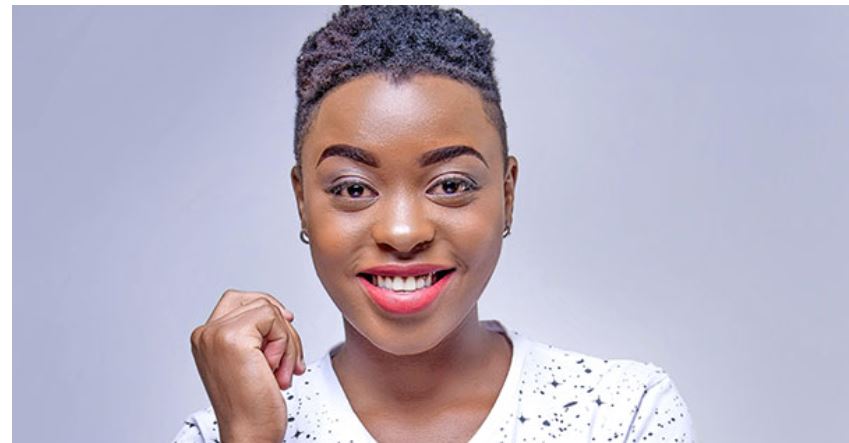 Tracey Awino, 20, has beaten all odds to become a celebrated gospel dancehall artiste with two Groove Awards nominations. She goes by the stage name Havoc Kid and she is one of the fastest rising young stars in gospel music.

Why the name Havoc Kid? Do you like causing trouble?

I used to be a soloist to most songs while in primary school, including the national anthem, and I also managed to compose 13 songs back. I later joined a band called Baraka Family, after high school, then went solo and professional a year later and recorded my first song, “Jesus”.

Why did you choose dancehall?

Owing to my background back in the ghetto in Kangemi, I grew up around people who loved dancing to dancehall and reggae so I easily adopted that genre – and the accent too. When time came to join the music industry, I was sure I wanted to do gospel music but then I wouldn’t lean towards any other genre.

Do you think dancehall music has a future in Kenya or East Africa at large?

Yes. I believe dancehall is almost every young person’s kind of music now and even deejays have embraced this trend in their mixes. There’s hardly a single matatu in town that’s not playing dancehall music. Just as other genres have been trending before, it’s now time for dancehall.

Some people have labelled you a tomboy, do you know why?

(Laughs) I think my appearance has been largely influenced by my style of music which most people find a bit boyish or rather different from what is expected from female artistes. This includes my style of performance and stage expression too. But don’t you think different is good?

How was it growing up in the ghetto?

It would never be anyone’s wish to grow up in a slum due to the environment that exposes you to so much social evils, including drugs and immorality. For me, it was tougher still; I was brought up by a single mum who really fought to afford a single meal a day for us, I being the fourth-born in a family of six children.

Which moment would you term as the toughest you ever went through while growing up?

(In tears) At some point we had a stepdad who really mistreated us. We would watch mum getting beaten up from time to time, which was so traumatising. With him being the breadwinner, we had to stand his humiliation until it was too much to bear. I’d however term as the toughest moment the day I lost one of my siblings to kidney failure.

If your stepdad gets to read this, what’s that one thing you’d tell him?

I’d say that despite everything he made us go through, I have willingly forgiven him. Jesus bloated out all our sins by dying for us, who are we then to hold grudges against each other?

What is your biggest inspiration?

My inspiration is from my personal experiences and what I see people go through on a daily basis. It prompts me to work harder and trust God more. Jesus is, however, my biggest inspiration. All my songs talk about him, his works and what he has done in our lives.

Is music what you’ve always wanted to do?

I’ve always been very passionate about music and I knew I’d take it seriously at some point. It’s not the only thing I want to do, though. By the grace of God I managed to get a well-wisher who paid my school fees throughout high school and I’m now in college taking Journalism and Media Studies.

What is your most memorable moment since joining the industry?

Being nominated in two categories in this year’s Groove Awards. Though I didn’t win, it was a buzzer that my sound has been well received and there’s much the future holds. I also esteem performing in the 2018 New Year’s Eve party dubbed Recharge which was a merger of TSO (Totally Sold Out) and Groove Party held at KICC.

The reception from the huge crowd was so heart-warming. Then thereafter, EMB Jesus Party at Thika Stadium organised by Bahati was also a great honour.

The greatest disappointment you’ve faced in the industry.

I once went to perform at a certain church in Rongai which was full of elderly people and no one seemed to understand my kind of music. In the end almost everyone left and I was left singing to myself!

Are you signed under any music label?

Yes, I’m signed under Krucial Sounds, a label owned by Johntez, a producer I’ve so far enjoyed working with.

Will you consider trying a different genre of music in future?

I don’t think I can ever forsake dancehall but once in a while it won’t hurt to try some “kapuka”, which I’m also good at.

I have already worked with Dafari, which I found to be a great honour. I would also love to work with Guardian Angel, he’s so talented and I also love his sound.

What should we expect from Havoc Kid in the near future?

More new school dancehall music. I also look forward to an international fan base which has been one of my biggest dreams as I also plan for several surprise collaborations.

The Hottest Stories on the Internet Today (Monday September 17) < Previous
Avril Breaks Musical Silence, Features her Baby in New Song ‘In Love’ Next >
Recommended stories you may like: