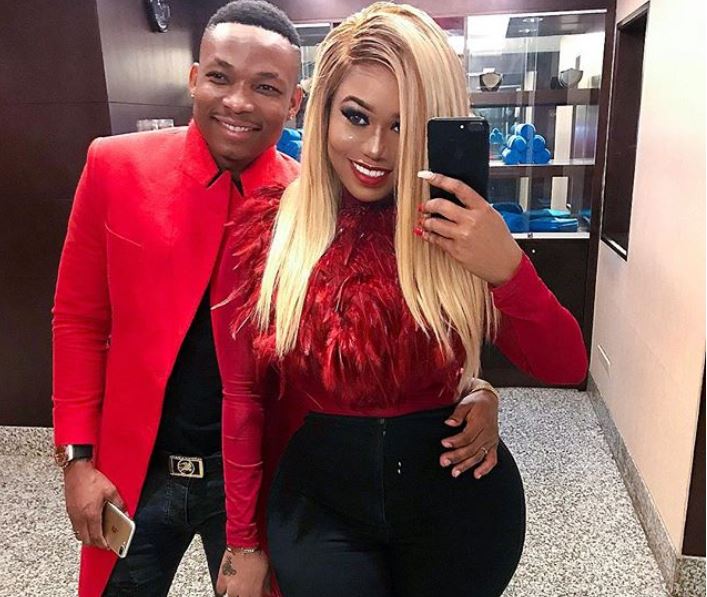 Vera Sidika has played down the deletion of her pictures with Otile Brown on Instagram, saying they are still deeply in love.

The two lovebirds had sent the rumor mill into overdrive about a possible break up following the move. Otile had even alluded that they had broken up before later releasing a love song dedicated to Vera.

The apparent publicity stunt did not go unnoticed by social media users who accused the couple of engaging in showbusiness.

But speaking on Thursday, Vera maintained that their love is genuine, saying that they decided to delete each other’s images so as to “get rid of hate messages, which were being directed our way”.

“We wanted to avoid too much bile that online users were directing at us. Many people were talking about Otile Brown and Vera Sidika’s affair. We sat down and decided to shape the agenda of what was being said about us on our timelines,” explained Vera.

She added: “We did not delete the pictures to make people think that we had broken up.”

When asked why Otile Brown took to his social media pages to claim they had broken up, a few days before releasing his song, Vera said: “The love we portray in the music video says it all.”

PHOTO – Lillian Muli Spotted Taking Baby Liam on a Stroll < Previous
Singer Josh to be a Father, Meet his Gorgeous Expectant Girlfriend – PHOTOS Next >
Recommended stories you may like: