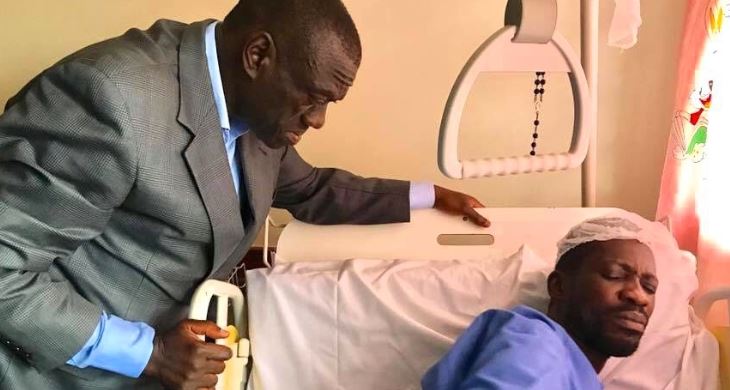 Bobi Wine, who was on Monday granted bail by the High Court, was admitted to Lubaga Hospital on Tuesday at about 10 pm. And Kizza Besigye, who used to be President Yoweri Museveni’s personal doctor, was by Bobi Wine’s hospital bed in a show of support and unity.

During the visit, Bobi Wine showed Kizza Besigye some of the injuries he sustained following his arrest and torturous detention by the Ugandan army.

Speaking after the visit, Kizza said Bobi was still in high spirits and could afford to crack a smile.

“Hon Kyagulanyi’s torturers broke his right nasal bone, among several other injuries that he showed us when I & colleagues visited him at Lubaga Hospital. Happily, his spirit is not broken at all! We keep him in our prayers as he recovers. We shall overcome!” said Kizza on Twitter.

He added: “He affords to smile in spite of the pain he endures from injuries inflicted on him! Keep smiling &keep fighting on!”

The musician-turned firebrand politician is set to be flown to London for specialised treatment. He will be admitted to the Royal London Hospital together with his Mityana Municipality counterpart Francis Zaake, who has been receiving treatment at Lubaga hospital for two weeks.

Zaake is yet to be charged because he reportedly “escaped” from detention.

Meanwhile, the Ugandan army has released a statement claiming to have arrested the soldiers involved in the torture of the two MPs.

Below are photos of Kizza’s visit to Bobi Wine. 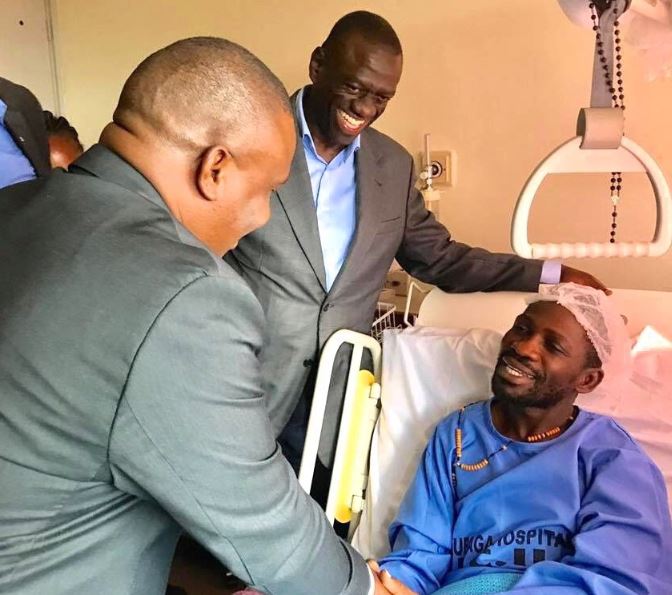 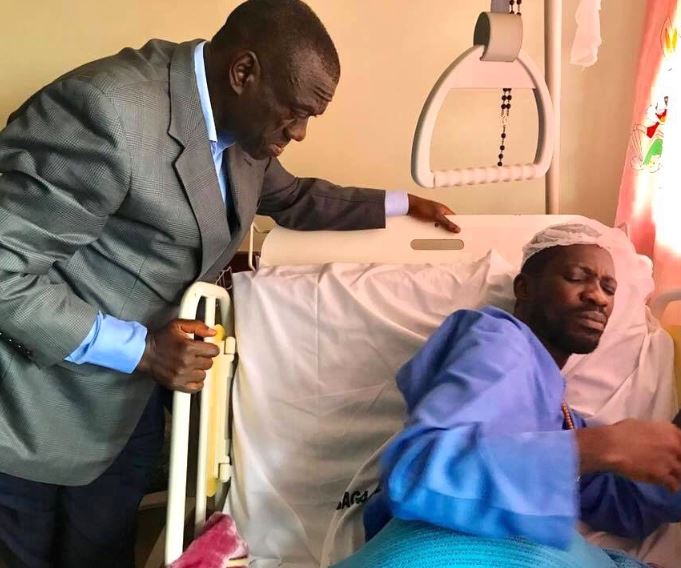 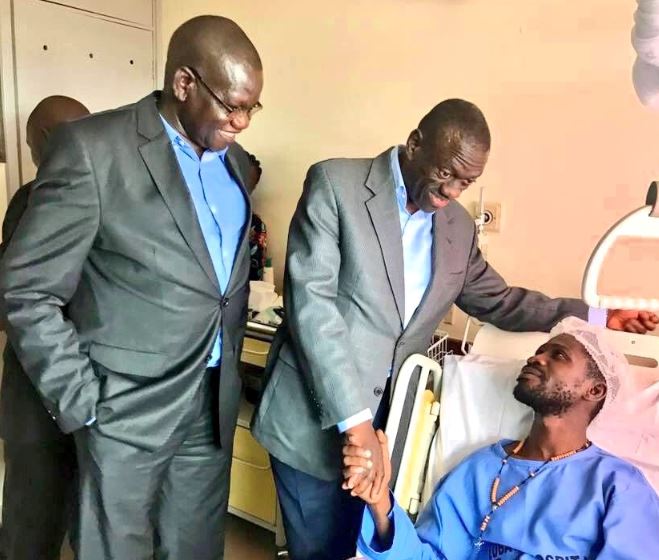 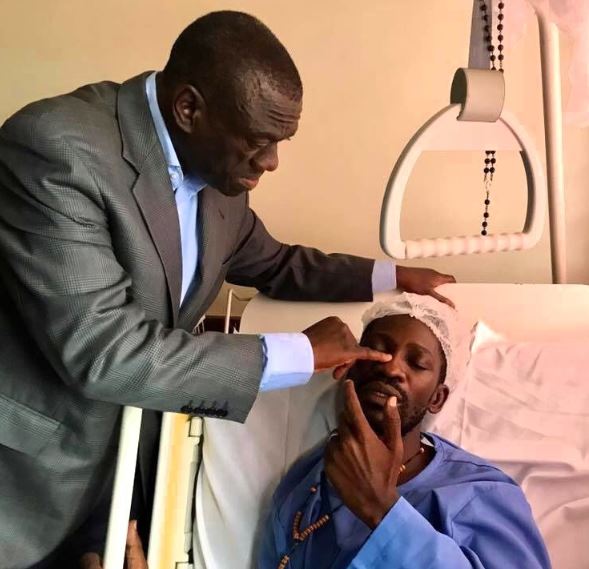 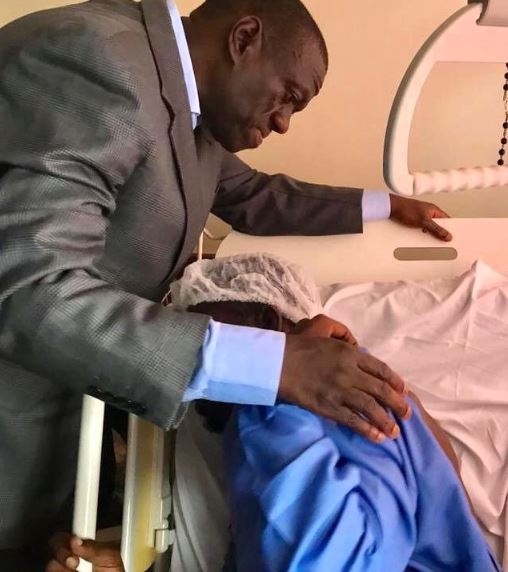 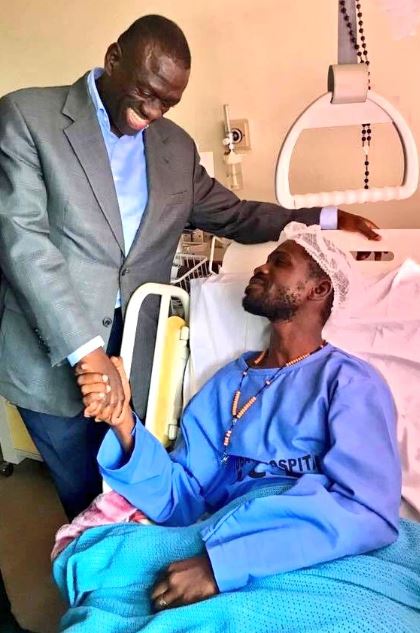