Woman Who Witnessed Murder of Bobi Wine Driver Speaks Out 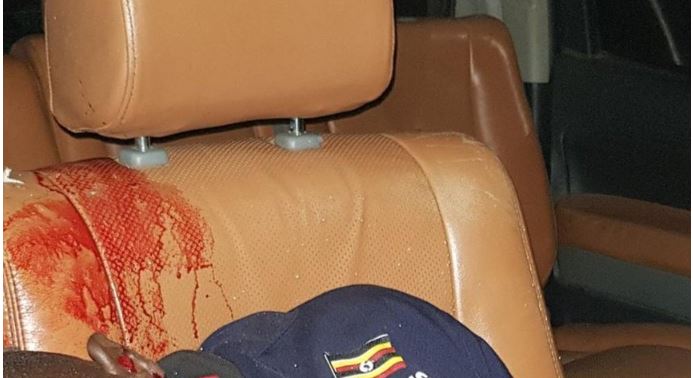 A woman who reportedly witnessed the shooting of Ugandan MP Bobi Wine’s driver earlier this month has spoken up.

Bobi Wine’s driver, Yasin Kawuma, was shot and killed by Ugandan security forces while inside a vehicle in Arua on August 13. Bobi Wine would later allege that the shooting was an attempt on his life.

“Police has shot my driver dead thinking they’ve shot at me. My hotel is now cordoned off by police and SFC,” tweeted Bobi Wine hours before his arrest. 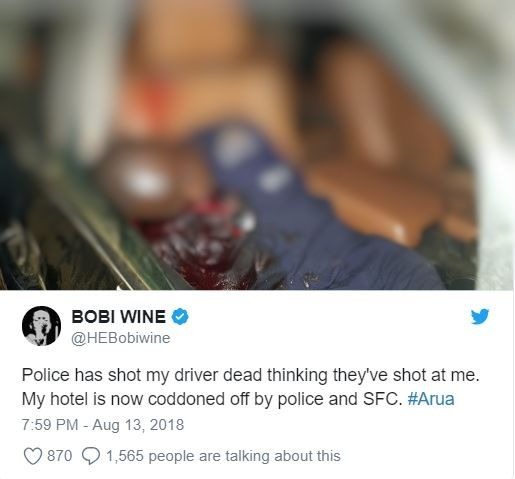 Speaking about the incident, the woman who requested to remain anonymous for safety reasons, said she was in the car with Kawuma when he was shot dead.

She said she was seated on the back seat of the vehicle and that the bullet that killed Kawuma grazed her head as it exited his body.

Contrary to earlier reports, the woman said Kawuma was in the co-driver’s seat and Wine’s chauffeur for the day had gone into Pacific Hotel to drop phones to Bobi Wine.

“I was in the back seat while Kawuma was in the co-driver’s seat. The driver got out to take phones and other things to Bobi,” she said as quoted by Ugandan publication Daily Monitor.

“I was showing Kawuma something on the phone when all of a sudden, I was hit on the face. I looked and there was blood all over his body.”

She said she jumped out of the car to flee to safety, but plain-clothed security officers grabbed her almost immediately and pinned her to the ground.

The officers kicked her before another female activist (name withheld on request) intervened to try and help her but they were both overpowered and beaten to a pulp.

She said the next thing she saw, when she slightly regained her consciousness, were soldiers and police pulling people, including legislators out of the hotel.

Both women said they acted dead to avoid arrest.

“They must have forgotten about us or thought we were dead,” they said.

The woman who is currently recuperating at a Kampala hospital said some Good Samaritans took her to a nearby clinic for first aid.

She was later transferred to the Ugandan capital for specialised treatment.

When You Can Expect to Start Paying More for Matatu Fares < Previous
PHOTOS: Bobi Wine Shows Kizza Besigye His Injuries From Hospital Bed Next >
Recommended stories you may like: