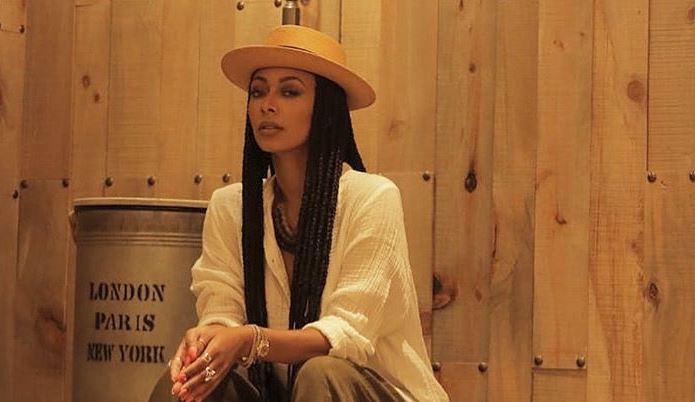 American R& B singer Keri Hilson performed for the first time in Nairobi, Kenya over the weekend during the Terminal Music Weekend.

She spoke with SDE about music, dealing with depression, The Keri Hilson Foundation, President Trump and more.

How has been your experience so far in Kenya?

You have been away for almost seven years now. But still you are popular. What do you attribute that to?

I don’t know maybe my heart. Now that music is out of the equation I think people are finally understanding who I am as a human, as a person and I’m now being able to express my heart outside of music so I think that’s been a real blessing that I did not expect, to be honest, but yes, I still feel very relevant. I don’t know why blogs pick up stories of things that I’m doing and I’m ever so grateful.

What do you think about the African music scene?

The African music scene is really cool. There’s so much soul like elsewhere in the world. We’re hearing music that is not as soulful as it once was, but African music still has that part intact so I’m always proud to hear music from this continent, every country.

Is there any artiste you would like to work with in Kenya?

I am learning about the Kenyan artists. I am not sure if I’m familiar with them, because I meet artists but they’re from different places when I perform in these countries so I’m not sure which of them are Kenyan yet, but I’m sure I’m gonna be familiar with a couple, but I’ll meet them.

What inspired you to start The Keri Hilson foundation?

What inspired me to start the Keri Hilson foundation was very much the way that I was raised. It’s largely based on the way that I was raised. My mother and father made sure that all of us, I’m one of five children, and they made sure that all of us were exposed to the arts and sports. What we see around the world and especially in the United States, is that they have taken the arts and physical education out of the schools.

My mission is to bring those back as core curriculum. There’s so much that you can learn outside of academics, you know, there are things that you can only learn through the arts and sports.

Like teamwork, perseverance, how to lose and still persevere and still have that spirit intact, how to win with grace, how to overcome adversity, how to anticipate your next move, just creatively navigating life you need that no matter what field you are in.

So it’s tragic that we’ve taken this away from children and this is why the Keri Hilson Foundation wants to provide that opportunity for children.

At some point you dealt with depression. How did giving back help you deal with that?

You know, it’s a funny thing, during my depression one of the only things that

did make me feel better was giving back to others who don’t have the opportunity that I have or they’re in underserved communities or underdeveloped countries. And so, I only accepted shows that were in these regions of the world.

Be it Asia or Africa, you know, other continents and even of course stateside, but that was a large part of why I decided to give the Keri Hilson’s Foundation the structure that it has finally because I understand what that is and it wasn’t just for vain reasons, you know, I’m giving.

But it gives back to you as well so anyone out there dealing with mental illness or depression, get out there and just do your part to change the world and help others feel good. It really does make you feel good back.

Do you think President Donald Trump is good for the US?

Why would you say so?

I mean, what we’re seeing now is a tremendous amount of racial divide. Instead of uniting all… we are the United States and we were built from many immigrants coming to the states. The only people that were native were the Native Americans.

It’s so much racial divide and country divided that is just sickening.

David Ndii: I Smoked A lot of Marijuana in My Youth…Legalize It < Previous
Diamond Platnumz: I Dumped Jokate For No Reason and Ran Back to Wema Next >
Recommended stories you may like: