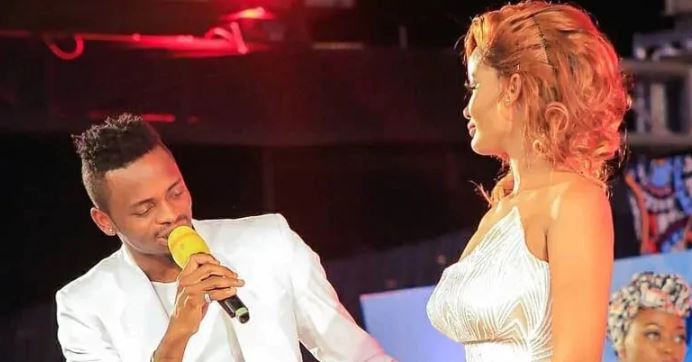 Tanzanian model, actress, and now musician Hamisa Mobetto is ready to settle down with her on and off flame Diamond Platnumz.

The beauty queen has admitted that she is open to becoming Diamond’s wife in an interview with Tanzanian newspaper, Amani. The mother of two also disclosed that she has turned down several marriage proposals from different men.

She added: “Diamond and I have a child together. I acknowledge that I have a daughter from a previous relationship.”

“Our son binds Diamond and me together, but I also know that other factors determine how he and I would relate should we end up together. If he accepts my daughter in his life, as he would his son, I have no issues, whatsoever, marrying him.”

The former beauty queen also talked about how she would cope with Diamond’s notorious philandering ways, saying that she doesn’t judge anyone on the basis of their past.

“I know Diamond has a history of unfaithfulness, but should he accept to marry me, I would give it a blind eye for now, and focus on it, if it arises in future. Though, what I know, if he has good intentions with me, there is a way that will find a way of showing.”

Mobetto declined to reveal whether she and Diamond Platnumz are currently dating.

She is currently riding high on her newly released single- ‘Madam Hero’- which she published on YouTube on Monday.

The Hottest Stories on the Internet Today (Friday August 24) < Previous
King Kaka to Share Stage With Bill and Melinda Gates, Graça Machel, Ed Sheeran Next >
Recommended stories you may like: