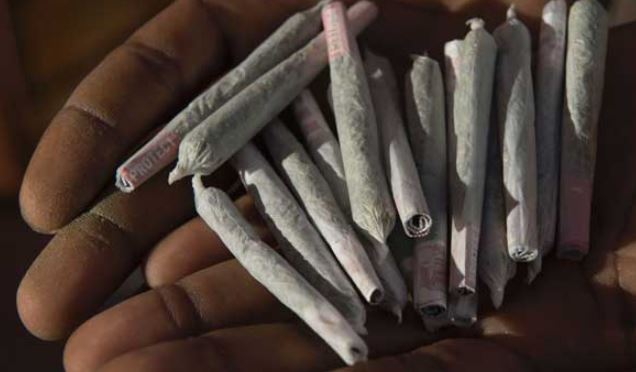 A 34-year-old man on Thursday stunned an Embu Court as he confessed that he smokes Marijuana to carry out his job of digging boreholes and latrines.

Appearing before Embu Chief Magistrate Maxwell Gicheru, Joseph Mukindi Njeru pleaded guilty to possession of ganja. He denied intending to peddle the holy herb, saying his stock was for consumption only.

Mukundi was charged that on August 14, 2018, he was found in possession of 16 rolls of marijuana with a street value of Sh.1,600 at Kianjokoma area.

The accused argued that due to the nature of his work, which involves digging boreholes and toilets that sometimes go several feet below the ground, he smokes bhang regularly to cool down inside the holes.

He further stated that despite admitting to being in possession of the rolls during his arrest, police officers still assaulted him hence causing him bodily harm.

The magistrate directed Manyatta Police Station OCS to appear in court with a full report over the assault allegations.

Millie Odhiambo Recalls Getting Kicked Out of Class for Asking Questions < Previous
Raila, Kalonzo Urge President Uhuru to Keep Up Purge on Corruption Next >
Recommended stories you may like: