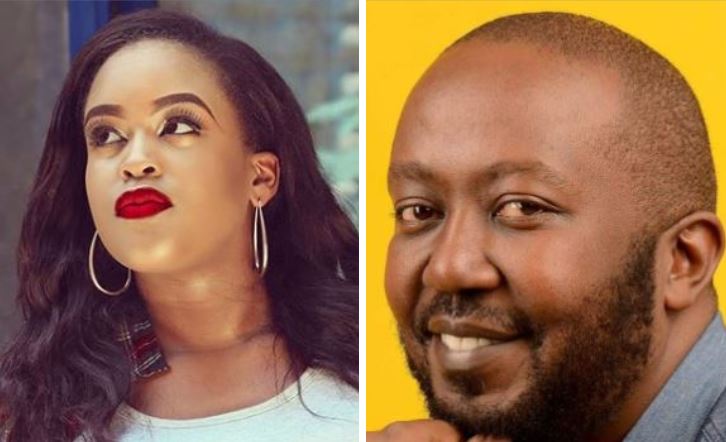 For those still in the dark, Andrew Kibe is the kind of personality that people love to hate. He’s an opinionated anti-feminist personality whose views on dating, sex, and women are bloodcurdling if not extremely offensive.

Worse still, he expresses himself in x-rated expletives and for some reason, some people find him hilarious. Kibe is particularly popular for his foul-mouthed rant about Lillian Muli’s baby bump pictures. For obvious reasons, we won’t post any of his sh*t here.

Since last year, the former contestant for the Langata parliamentary seat in 2012, has continued to rub people the wrong way. The most recent of all to be irritated by Kibe is Kamene Goro.

The bodacious television presenter was forced to monologue on her Instagram after an encounter with a taxi driver who swore by Andrew Kibe’s propaganda.

“Men? Your beacon of hope is Andrew [expletive] Kibe? Let me tell you guys, you are so f****d,” exclaimed Kamene in a video clip.

“It was so sad for me to realise that someone so simple as a taxi driver could relate, subscribe, and actually apply that[Andrew Kibe’s] nonsense to their lives. How are you going to let a blind man lead you?” posed Kamene in another clip.

Watch her rant in the three clips below.

It needed to be said. #MyTwoCents

PHOTOS – Tallia Oyando Stuns in This Year’s ‘Booty Shorts in June’ < Previous
‘Girl on Fire’ Sensation Gracious Amani Inspires Size 8 to “Make Another Huge Change” Next >
Recommended stories you may like: