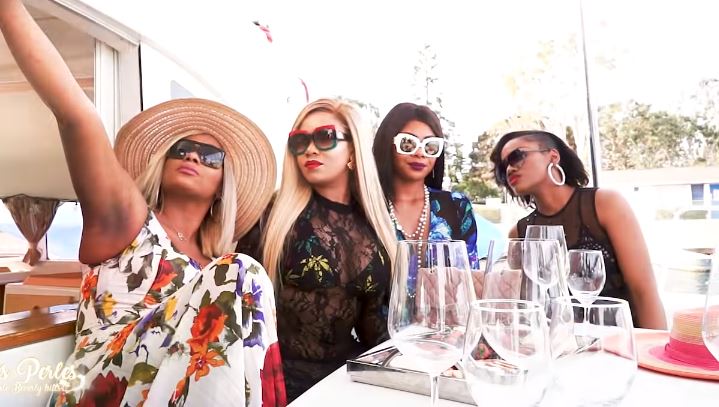 Vera Sidika’s constant trips to Hollywood over the last one year were not all about play but work too, it has emerged.

The bodacious Nairobi socialite is all set to make her television comeback in a new international reality show dubbed ‘The Pearls of Beverly Hills.’ Directed by filmmaker Priyyanka Cid, the show will revolve around the lives of Vera Sidika and a host of other females from around Africa.

“So much drama on this one! Top boss ladies from different countries in Africa, come together to bring you the most exciting reality show that will have you on the edge of your seat ? The Pearls Of Beverly Hills,” announced Vera.

Details about the show, which is in French, are still scanty but it is expected to premiere soon.

Vera’s first stint at reality television was on Kenya’s premiere reality show ‘Nairobi Diaries’. She was among the first lot of socialites to star in the show before calling it quits after one season. She accused the show’s producers of tarnishing her marketable image for the sake of show ratings.

Gracious Amani Makes Musical Debut and It is Beautiful – Watch < Previous
Uhuru Okays 15 Percent Tax Relief For House Buyers Under Affordable Housing Scheme Next >
Recommended stories you may like: