Nairobians Urged to Consider Cremation as Cemeteries are Full 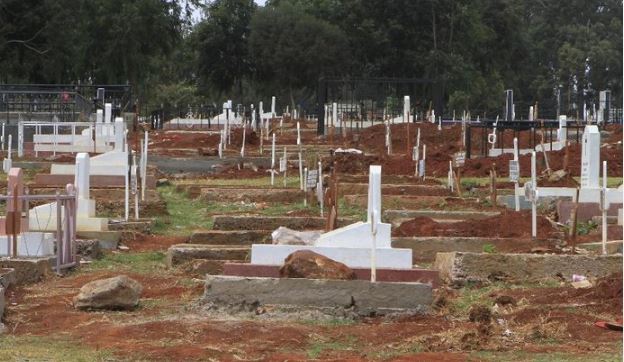 Nairobi dwellers have been urged to embrace cremation as the city grapples with lack of space in its cemeteries.

Dr Hitan Chagan Majevdia, the Nairobi County Health minister, observed that burials are on the rise, with a recorded increase from 119 in April to 122 in May and 131 in June.

He noted that the increase is a sharp contrast to the dwindling numbers of those cremated. In the last three months, 22 bodies were cremated, with 16 in April and May, and 6 in the month of June.

The Health CEC noted that the county is working to make Nairobi residents more receptive of cremation as a viable alternative to burial.

“The perception about cremation should change and the church should lead in bringing about that change. They should encourage cremation. It seems many people fear cremation, but we are working to ensure that Nairobi residents are receptive towards it. My prediction is that they will have to do it whether it will take 20 years or more. We have no choice,” he said as quoted on Wednesday.

Hitan also pointed out that it is cheaper to cremate than to bury as families have to dig deep to buy a coffin and other related expenses, including the mortuary bill.

He said there is also the emotional expense brought about by the agony families go through as they await burial.

Last month, Hitan Majevdia said City Hall is seeking an extra 200 acres of land to serve as a public cemetery.

He, however, said the purchase of the land may take up to one year to avoid controversy such as the one surrounding previously purchased Mavoko land.

“We are willing to purchase the land in any good area but we do not wish to make mistakes like what happened in the past. This time it has to be transparent otherwise we will not even purchase it,” said Majevdia.

The 100-acre Lang’ata cemetery, which is the City’s main burial ground, was declared full about 20 years ago and the city government has been looking for alternative land ever since.

I Cried When I Got Nominated For Big Award, ‘Auntie Boss’ Actress Nyce Wanjeri < Previous
Miss Lang’ata Prison Ruth Kamande Sentenced to Death Next >
Recommended stories you may like: