I Cried When I Got Nominated For Big Award, ‘Auntie Boss’ Actress Nyce Wanjeri 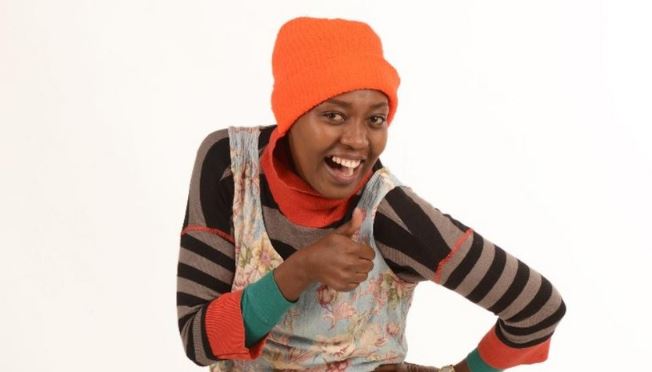 For all her talent, sense of humor, and brilliant acting, ‘Auntie Boss’ actress Nyce Wanjeri is beginning to gain recognition beyond the Kenyan borders.

Wanjeri, who plays a housegirl named Shiru in the hit comedy series, has been nominated for the Africa Magic Viewers Choice Awards (AMVCA). Wanjeri will battle it out with big names in Nollywood including Rita Dominic and Adesua Etomi.

She has been nominated in the Best Actress in a Comedy(Movie/Series).

Speaking about the nomination, Wanjeri said: “I cried when I heard I had been nominated. This is a big deal for me. I never thought I would have been nominated for the best actress in series/comedy.

“I have been nominated with other big names in Nollywood. Let’s vote and bring this award back home.”

The actress also spoke up about solicitation of sexual favours in the acting industry to land an actress job saying: “There are those who are like that, like if I don’t get you to bed, then you won’t have the job.

“It doesn’t make sense to me. Everyone that I work with knows very well that I have set standards and boundaries in my life.”

On marriage, she said: “Yes, I’m off the market and marriage works. It has its own challenges but you need to understand each other.”

The Hottest Stories on the Internet Today (Friday July 20) < Previous
Nairobians Urged to Consider Cremation as Cemeteries are Full Next >
Recommended stories you may like: