The 25 year old sensation has grown quite a following, and is currently truly one of the top reggae artists in the world.

The ‘Here Comes Trouble’ singer will be performing at the KICC this Saturday, July 21, alongside his Zinc Fence Redemption Band. Other yet to be named local acts will also grace the event, which is part of the Jamaican’s ‘Chronology World Tour’. 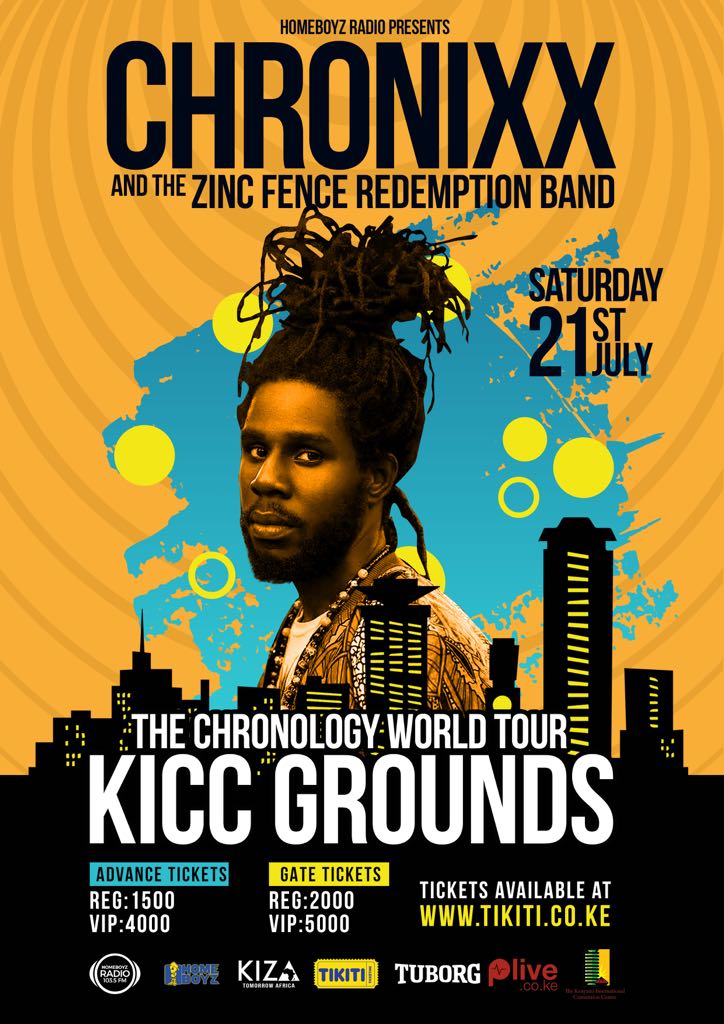 Chronixx has already been to Kenya a few times, including once reportedly on vacation. He admits that the country holds as special place in his heart, particularly because he received so much play time on radio here, even before his own country embraced him.

After his performance, the artist will head straight to Kiza Lounge in Kilimani for a meet and greet with fans.

The Saturday event is organized by Homeboyz Radio and Kiza.

Noma Ni! Octopizzo One of Only Three Legendary Artists to Perform for Obama < Previous
Four Arrested in Juja For Selling Chickens “Unfit for Human Consumption” to Nairobians Next >
Recommended stories you may like: