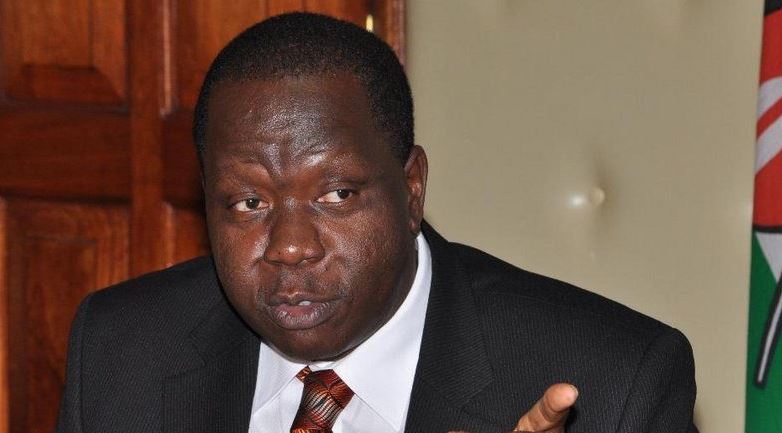 The government will not extend the 60-day notice for application of work permits for foreigners that is set to end on July 22nd.

Speaking on Tuesday when he visited Nyayo House in the morning, Interior Cabinet Secretary Fred Matiang’i said 31 foreigners with fake work permits have so far been arrested in the ongoing fresh verification and registration exercise of foreign citizens working in the country.

The CS said that after the exercise, the government will embark on a major crackdown to flush out illegal immigrants and foreign workers in the country.

Matiang’i warned that anyone found without valid permits after July 22nd will face various forms of removal including repatriation and deportation. He noted that some the foreign citizens in the country are holding low cadre jobs that can be taken up by Kenyans.

“We shall not allow work permits for people who want to work in fields which Kenyans can… We will only allow those with expertise which is rare in Kenya,” said Matiang’i.

He added: “We are making amendments on how illegal immigrants will be facilitating their own resources.”