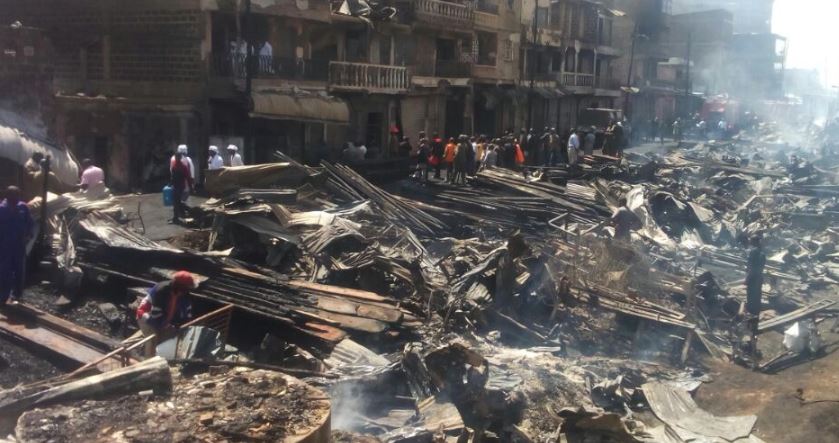 Businessmen at Nairobi’s Gikomba market who lost their stalls following the recent fire tragedy will not be allowed to rebuild their premises as the government plans to construct a modern market.

According to Deputy county commissioner Moses Lilan, the affected area is a riparian reserve.

“It is unfortunate we have allowed this for quite a while and it is our belief if we allowed them back we will go back to the same scenario,” he said as quoted by the Star.

The commissioner said the traders had been issued with eviction notices three weeks prior to the Tuesday fire.

“The program on Gikomba development is on, all modalities are on, the government is working on the finance,” added Lilan.

The County Commissioner called for the modernization of the Gikomba market to ensure that all traders are involved. The residential areas in the area will also be assessed in a bid to find out if they meet the required safety standards.

The County plans come amid fears that the perennial fire outbreaks at the Gikomba market were an act of arson to grab the land.

Kamukunji MP Yusuf Hassan said that the land is owned by the county government but it has been taken over by individuals.

He raised concern over the pace the government is taking to rebuild the market and called upon the setting up of a fire station in the market.

City Teacher Found Guilty of Assault for Caning Class One Pupil < Previous
There is no Crisis in Jubilee, says Tuju on Reported Parliamentary Group Meeting Next >
Recommended stories you may like: