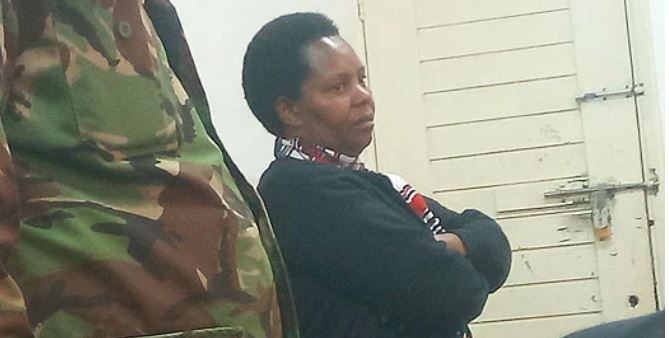 A primary school teacher accused of unleashing corporal punishment to a Class One pupil and injuring him on the head four years ago has been found guilty.

Catherine Karanja was teaching at Vetlab Primary School in Kabete in 2014 when she punished the pupil for reporting to school late.

Ms Karanja was charged for causing grievous harm to a minor but the court found her guilty of assault instead.

“This is a straightforward case. You contravened the law and guidelines of your profession. You went ahead to mete corporal punishment to a pupil knowing that the same had been banned,” Elizabeth Juma, the magistrate said in her judgment.

The Judge noted that the child identified the teacher positively, the parents saw her attack the child, and a doctor’s report indicated that he was assaulted using a stick causing injuries to the head.

“You did not bother to enquire from the parents why the child reported to school late. You should have given him alternative punishment as required by the law,” the magistrate added.

Karanja’s assertion that the child’s parents had complained severally that their son had been attacked by fellow pupils was rejected.

In mitigation, the teacher pleaded for a non- custodial sentence saying she was remorseful.

“I am sorry for what happened. It was an unfortunate incident in my 30-year service as a teacher. I will not repeat the same,” she said.

The mother of two further asked the court to be lenient as she is a widow and the sole breadwinner of her family.

“I have since been transferred from the school to a hardship area. I am remorseful,” she said through a lawyer.

The Magistrate ordered for a pre-sentence report to be presented on July 13 when the teacher will be sentenced.

Missing Baringo MCA Found “Confused in a Thicket” in Rongai < Previous
Gvt Bars Gikomba Traders From Rebuilding Stalls to Allow Construction of a Modern Market Next >
Recommended stories you may like: