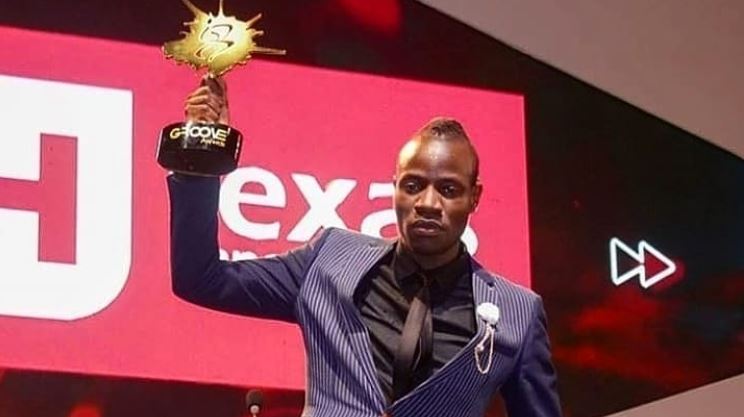 Groove Awards Artiste Of The Year 2018 Guardian Angel has recalled the disturbing events that inspired his latest release ‘Hadithi’ (Story).

According to Guardian Angel, his mother’s friend who had offered to house them in their time of need attempted to kill him after she got tired of having them over.

But as luck would have it, Guardian Angel came home late that night, something he says was the hand of God.

“It was God. He gave me a chance and protected me. Actually…that day my mum gave me a thorough beating because I came home late from school. Kumbe hii kuja late is what saved me. We no longer talk with the woman,” he narrated during a radio interview recently.

Guardian Angel further revealed that the woman poisoned her child instead.

“As a family, we did not celebrate of course because the child was innocent and she did not deserve to die,” recalled Angel.

He said after the funeral he and his mother moved out but life never got any better.

“Vile walienda matanga, tulikua tushahama na mabeshte wengine pia wa matha. When mum came back, we rented a single room house na tukaanza kuishi huko. We only had a bedsheet, a stove and a sufuria. Life was still very hard there because my mother was jobless and she had to raise money for rent,” he told Kiss FM’s Chito.

“Vile niliona mathe anateseka tena ju yangu hana food, hana rent, nikajitoa and I went back to the street, manze ikakua promotion from being a street child back in shags to being a street child in the city. I would spend my night at the Jeevanjee Gardens. I was ten years then,” he said.

Guardian Angel said he lived in the streets for one and a half years.

“Those were some of the days when we could hear of cases street children wameuliwa and such. I mean it was so tough to be in the street. I stayed in the streets for one and a half years, my mother thought I was actually dead coz hatukuwai onana since then.”

Camp Mulla’s Anticipated Reunion Won’t Be Happening After All < Previous
Noma Ni! Octopizzo One of Only Three Legendary Artists to Perform for Obama Next >
Recommended stories you may like: