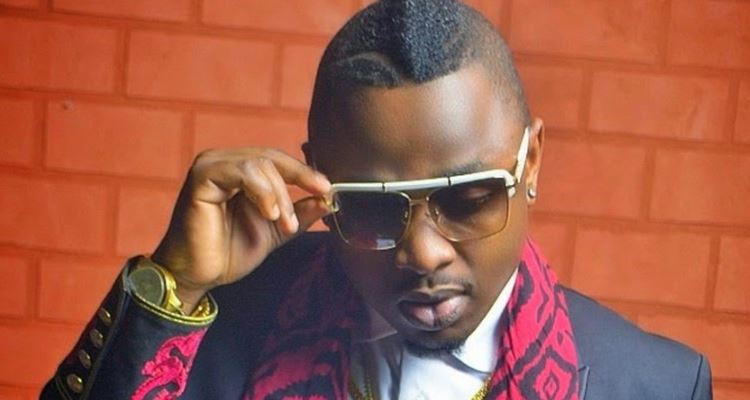 Ommy Dimpoz whose real name is Omary Faraji Nyembo spoke to Buzz about his musical journey, alleged beef with Diamond Platnumz, and more.

What does “Ommy Dimpoz” mean?

My name, as appears on my passport, is Omari Faraji Nyembo. It started back in school. Where I grew up a lot of people called Omari had the nickname Ommy. Dimpoz was simply because I have dimples when I smile. They would call me “the kid with the dimples”.

When did you develop an affinity for music?

Ever since I was little. Then the Bongo Flava wave started and I became a huge fan of the music especially artistes like Professor Jay, Juma nature, Albert Mangwair, Q-Chilla, Lady Jay Dee and TID.

And when did you start to harness your singing?

I was in primary when I started singing but started composing when I got into high school. I wrote and performed a song for a graduating class of Form Fours using the instrumentals to Joslin’s “Niite Basi”, which was a big hit in 2008. The school was surprised to find out I could sing. It was similar to how Eric Omondi changes lyrics on Bongo music nowadays.

How did you sharpen your skill?

I got the opportunity to join TID’s Top Band as a background vocalist after completing my high school education. What I learnt the most during that time was having perseverance and respect for others. We lived as a family and a lot of times we would get on each other’s wrong side, but you had to let it slide for the good of the band. The pay wasn’t that good either. I learned then that music is not for the soft hearted.

At what point did you become a solo artiste?

After some time, I desired to hear my own sound. Even though I was still in the band, I would record my songs just to listen to them myself. Ali Kiba was close friends with TID and he would come to see our performances at Club Bilicanas, Dar es Salaam. I approached him, after we had become familiar and told him I had a song that I wanted to feature him in. He agreed and the first song I ever put out was “Nai Nai”, featuring him, toward the end of 2011 and it became a big hit.

How hard was it to get him on board?

He’s always been one to support upcoming talents and we met at the studio on the agreed date. I had an idea about the song, but he came on and made it much better.

The song’s producer, Man Water, wanted to produce my first track but our schedules clashed and he settled for the second. He had the beats ready. I am among the first Tanzanian artistes to shoot their music video in South Africa, with this song. It was low budget (Sh250,000 inclusive of flight and board) but well executed.

You also had “Me and You” with Vanessa Mdee

I heard her track playing in studio one day and inquired about her. When I told her I wanted her on the track she got a bit scared, and said if her part didn’t come out right I should delete it. She wasn’t confident before, she was only doing songs in English then. I’m very proud of her progress now.

I met Victoria Kimani during her media tour in Tanzania. She told AY she wanted to work with Diamond and I separately. When we got to the studio we decided to work one track, with the three of us on it, and came up with “Prokoto”.

It was the same with Avril. She was on a media tour and in one of the interviews she said she would love to work with me. When I heard that, I agreed and we did “Hello Baby”. Its release was delayed for about two years because she wasn’t in good terms with her management at the time.

Do you have beef with Diamond Platnumz?

He respects me as an artiste and I also respect him for the same. We have not worked on anything as him and I, so it’s not something special.

How would you describe your relationship with Ali Kiba?

We have a very good one. He was the one who proposed that I join Rockstar 4000 management. Was doing everything myself before but they came and took up all that responsibility and now I only have to worry about coming up with songs.

What do you think makes your music hit?

I feature other writers when composing them. It makes me avoid similar melodies and sound in my works. I also consider the feel my fans are yearning for from songs.

How did you come to work with Seyi Shay?

We performed at the same show in Mwanza, and she told me we needed to do a “collabo”. “Yanje” means “mine” in Rwandese. My management thought the song needed Seyi’s vibe. I sent it to her and we recorded her verses in London. She’s very professional and her session was done in 20 minutes. The song was a nice comeback for me after being quiet for some time.

Your shows are also very energetic

Fans expect more when you’re on stage so you have to have prepared choreography and other things that will excite them, besides the songs. I also don’t take anything to keep me hyped.

Why have you not performed in Kenya yet?

I did recently though it was for a private audience. I want to have new stuff when I finally hold my first concert here, there’s no rush. My management said they’re already receiving requests for bookings.

Which Kenyan singers would you like to collaborate with?

Nyashinski, Nameless, Khaligraph Jones even Nonini. I don’t go with the hype of an artiste but what the artiste puts in a song to make it good.

Have you been told Davido resembles you?

He himself commented on social media #Twins, while tagging me.

Do you have a girlfriend?

Time will tell. We only found out about Kiba’s wife just before the wedding, I won’t dash the ladies’ hopes though.

Girls asking me to marry them, since Kiba’s now taken.

What do you wear to feel most comfortable?

What gift did you give Kiba on his wedding?

Advice: We left everything to attend this, don’t separate after a short time.

You call it githeri we call it makande. My grandmother makes it with coconut and a little sugar.

Dubai. I was there for a month as a tourism influencer and I lived it up: helicopter ride, dined at Burj Khalifa, sky-dived and swam with dolphins.

The Hottest Stories on the Internet Today (Monday June 25) < Previous
Catholic Church Suspends Viral Priest Who Raps Sermons Next >
Recommended stories you may like: