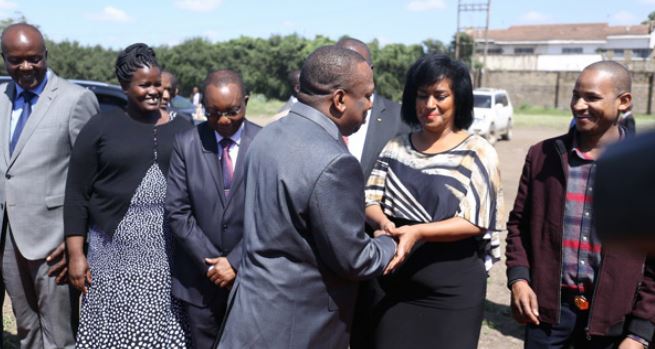 Passaris, who is one of the favorites for the job, has officially thrown her hat in the ring. She made known her interest for the job saying Governor Mike Sonko need an able deputy like herself.

“The governor needs a deputy and if he cannot find one, then I am willing to take the position to help him and in the spirit of the handshake we can have a Jubilee-Nasa partnership,” she said.

The former Adopt-A-Light chief executive officer noted that the city’s problems and challenges are dire.

“If we don’t take care of the poverty in this city and other critical services then we are all doomed. The state of hopelessness is too high, he therefore needs an able deputy,” Passaris added.

She, however, set one condition for Mike Sonko if she were to take up the job in the foreseeable future.

“I can only go there if I am given clear departments to run,” declared Passaris.

“I want environment, water, education, and trade. I have to have an impact and I can achieve this if I have the executives and make sure they work,” she said.

The Deputy Governor position was left vacant after the abrupt resignation of Polycarp Igathe in January. He claimed that he had failed to earn the trust of Mike Sonko.

The Trending Images in Nairobi Today < Previous
PHOTOS: NYS Suspect Ann Ngirita Flaunts Tattoo in Court Next >
Recommended stories you may like: