Dr. Ofweneke Opens Up on Alleged Violent Relationship with Nicah 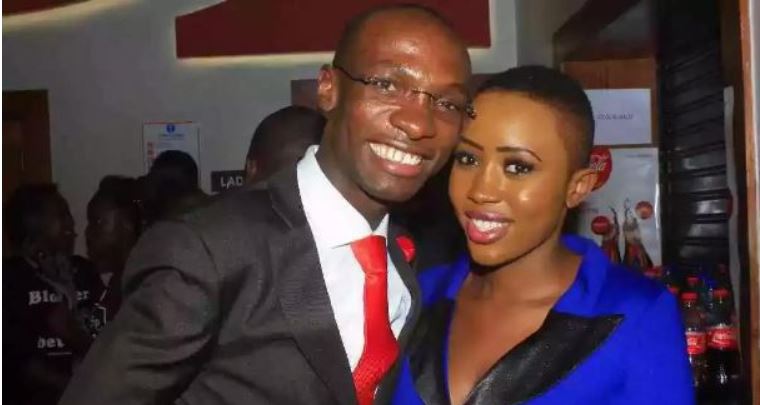 Speaking for the first time since Nicah made the accusations about two years ago, Dr Ofweneke said: “First of all, I must say this on national TV, If there is a woman I respect so much and I tell her every day because we talk, it is my ex-wife. We have become the best of friends.”

He added, “Considering whether there was domestic violence or not, at times, it’s never what it looks like.”

Dr Ofweneke was speaking in an interview with The Trend’s Amina Abdi. When asked if he physically assaulted Nicah, he simply said: “NO”.

“So many things can be labeled on you. And they might not be true. Later on, she wrote me a very long text and she apologized and I apologized back. I wasn’t a very perfect husband or father, I had my faults.”

Also Read: Nicah: Dr Ofweneke was Violent When we Started our Relationship. I Thought I Would Change Him

On life after the split, Ofweneke said, “After my divorce I said I’m gonna take some time off to better myself as a man. Not because I wasn’t a better man but because I was left so curious on where I went wrong as a man. I went into doing a lot of research. I was so keen in knowing what to do being you.

“One of the things I came to find out is that people get into marriage expecting someone else to make you happy.

“The next woman coming to my life better know she’s not coming to make me happy. She’s coming as a cream to the cake because the cake is already prepared. I’m whole. Make yourself happy before somebody else,” said the talk show host.

My A$$ is Blacker Than My Face, Akothee Hits Back at Haters < Previous
What Vivian’s Fiancé Said About Singer’s “Hidden” Daughter Next >
Recommended stories you may like: