President Uhuru Kenyatta on Monday vowed to deal firmly and decisively with all unethical people caught in the web of corruption.

The President, reiterating his anti-graft message, said all Kenyans entrusted with responsibility must be ethical and ready to serve with a high sense of morality.

“We are not going to tolerate unethical people. People with responsibility must be ready to serve and not to be served”, said the Head of State.

He said ethics is not about getting big positions of authority in government but how those entrusted with responsibility exercise that authority.

President Kenyatta spoke at State House, Nairobi when he presented Kenya High School with a new 51-seater bus and gym equipment, all valued at Sh 8 million. 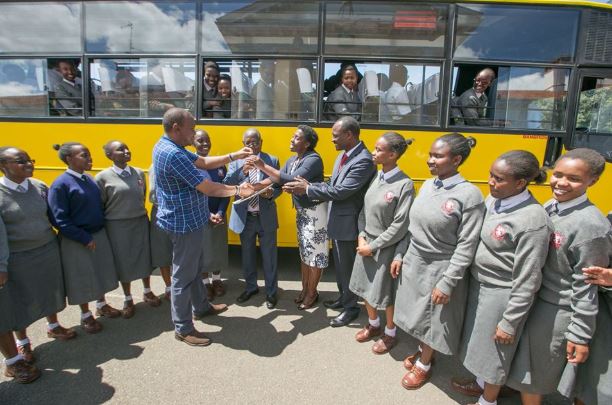 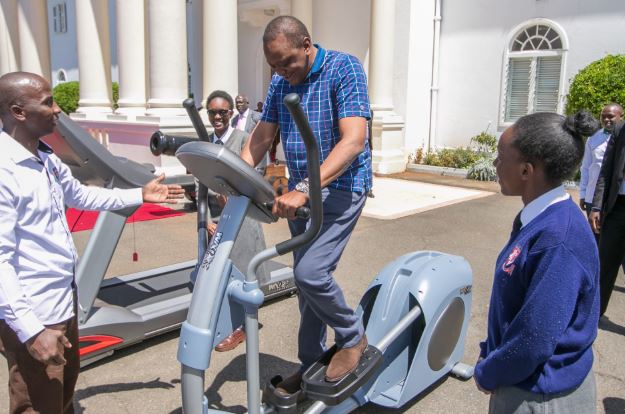 The visit by the Kenya High School fraternity was a follow-up visit done to the school by President Kenyatta on May 18 this year, where he laid the foundation for an ultra modern kitchen and dining hall, and a state-of-the-art science resource center.

The President told the over 300 exuberant form four students who visited him at State House alongside their teachers and members of the Board of Governors that he had met part of the promise and that he expects them to fulfill their part of the bargain.

He said besides working hard to emerge tops in this year’s Kenya Certificate of Secondary Education (KCSE) exams, the students had also promised to be disciplined and ethical.

“ I am really counting on you girls to also fulfill part of your promise. And it is not just about exams. What you become as a person is very important. We want people who can contribute positively to our society”, he told the excited students. 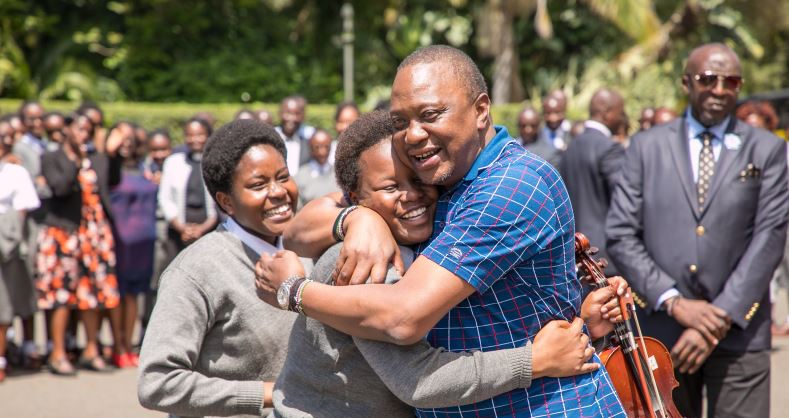 School Chief Principal Flora Mulatya thanked the President for his recent visit to the school and the new donations.

She said President Kenyatta’s administration had implemented a host of initiatives that allow access to quality education including the Sh 3.7 billion comprehensive medical cover for 2.8 million students under the National Hospital Insurance Fund.

Other initiatives by the Government include increased capitation to schools for infrastructure development and enhanced fees for students from Sh 12,870 to Sh 22,244.

Dear Kenyans, Please Stop Asking Uhuru Kenyatta to “Fight” Corruption < Previous
The Hottest Stories on the Internet Today (Wednesday May 30) Next >
Recommended stories you may like: