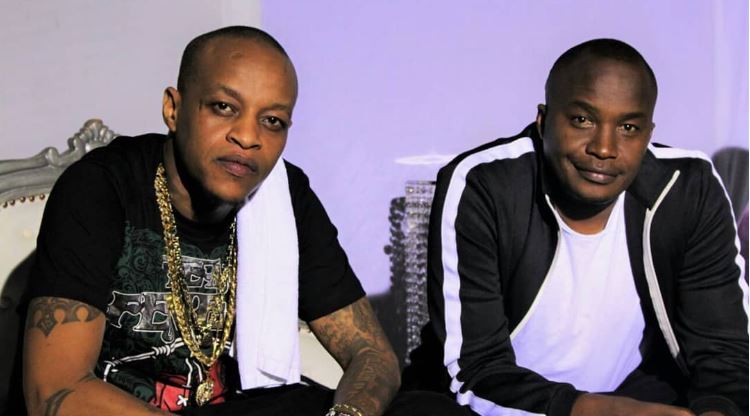 This must surely be the year of settling differences. President Uhuru Kenyatta and Opposition Chief Raila Odinga set the precedent and now everyone, including North Koren Leader Kim Jong-un, is looking to bury the hatchet.

Not to be left out of the bandwagon are two of Kenya’s biggest rivals in musician-turned politician Charles ‘Jaguar’ Njagua and nemesis Prezzo.

Over the weekend, the two brought to an end Kenya’s longest showbiz beef and agreed to chat the way forward for Kenya’s entertainment industry.

Announcing the kiss and makeup on social media, Jaguar said; “Met up with my colleague and brother CMB @prezzo254
For long, we chose to walk on different paths despite chasing the same dream.  A lot was said over the years, but we have come to the conclusion it is time to rise above our differences and focus on the betterment of our entertainment industry as we prepare ground for those that come after us.”

Prezzo was equally humble and referred to the man he once described as a “Mshamba” as a brother.

To drive the point home, the two artistes have released a collabo – Timika.

Timika is a Swahili word meaning “fulfilled”. The song is an inspiring story that talks about the struggles one endures in order to accomplish success in life.

Timika was written and performed by Hon. Jaguar and CMB Prezzo after they decided to resolve their long-standing dispute.

Fortunately, both artists were recording their music at Main Switch studios but working with different producers.

Main Switch Studios Executive Producer – Philip Makanda and Dr Sappy (Prezzo’s Producer) reached out to both Hon. Jaguar and Prezzo to discuss the possibility of a musical collaboration. After extensive discussions, a handshake signified their truce and now we have Timika Video Directed by Enos Olik.

Eric Omondi’s Prayer “to Drive The Finest Cars in the Land” Answered [PHOTOS] < Previous
PHOTOS of Ali Kiba’s Joint Wedding With Brother As Minister Offers to Foot Honeymoon Next >
Recommended stories you may like: