“You Will Pay For Brutalising Me,” Miguna Miguna to Matiang’i 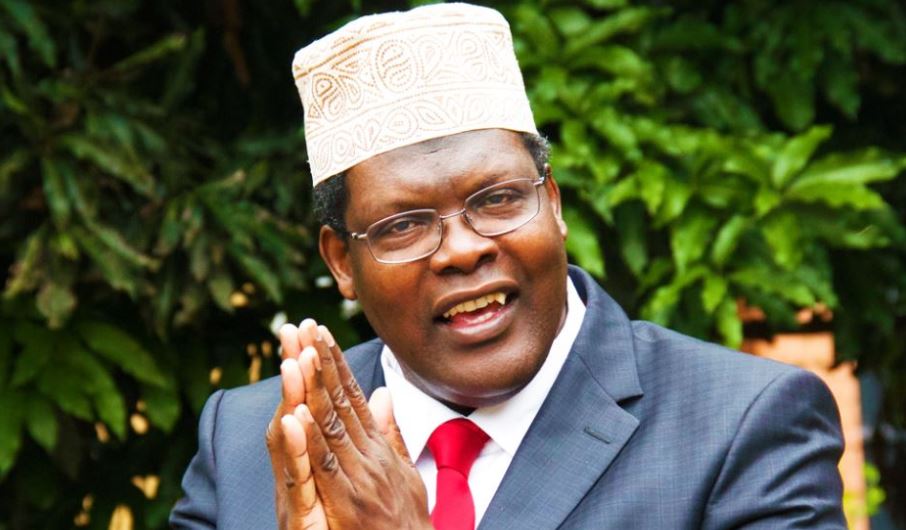 Embattled lawyer Miguna Miguna has hit back at interior CS Fred Matiang’i for referring to judges as an “evil clique”.

The CS on Tuesday told a parliamentary committee that there is a group of judges trapped in an unholy alliance with civil society groups and activist lawyers intent on embarrassing the government.

“There is a clique in the Judiciary that has been captured by the civil society and activist lawyers who want to embarrass the government,” said Matiang’i.

“It is an evil clique of judicial officers who want to drag us by the collar through trial by the public court.” 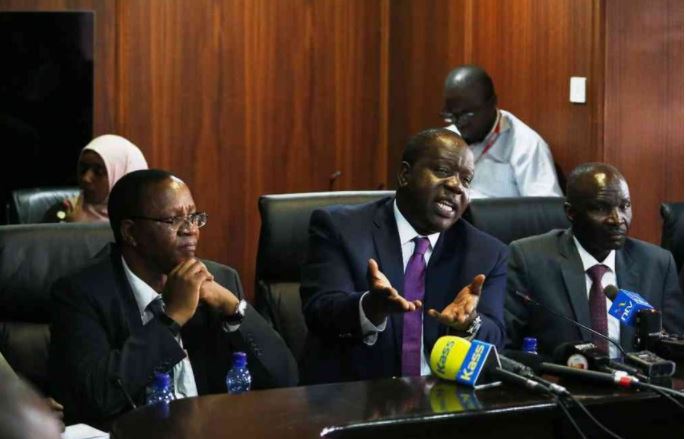 But Miguna laid into the CS accusing him of spreading lies.

“Even the worst and most despicable tyrants like Idi Amin, Jean-Bedel Bokassa and Mobutu Sese Seko never got to the point of referring to judges as an evil clique the way despots like Matiang’i are doing. They must fall.”

“Mr. Fred Matiangi, you are a disgrace to the human race and the people of Kenya. You are a CONVICTED CRIMINAL who was sentenced by Justice Odunga less than two weeks ago. Your lies are transparent rubbish,” Miguna said.

Via social media on Wednesday, the self-declared General of the NRM further challenged Matiangi to charge him if he indeed acquired his Identification Card illegal as alleged by the CS.

Miguna Miguna also asked Matiang’i to produce him in a court of competent jurisdiction so they can face each other. He vowed that Matiang’i would pay for brutalising him.

“Mr. Convicted CRIMINAL Fred Matiangi, if I acquired my Kenyan passport fraudulently, charge me. If I violated any immigration law, rule or procedure, charge me. If I uttered any falsehoods in court, charge me with perjury. You can’t. Because you’re lying.”

“Stop using guns. Kenya must be a country governed by the rule of law, not guns,” said Miguna.

“You will pay for brutalising me. Mark my word.”

Hilarious Meme Compilation (Thursday April 5) < Previous
Raila Blasts Matiang’i For Failing His Handshake With President Uhuru Next >
Recommended stories you may like: